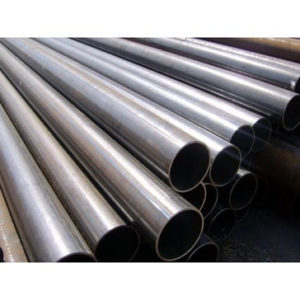 ERW Pipes is produced from individual sheets or continuously from rolls of skelp. ERW Pipe is cold formed into a cylindrical shape rather than hot formed. An electric current rather than a flame is used to heat the edges of the strip for the fusion weld.ERW Pipe is subject to numerous finishing operations. ERW Pipe is primarily used as API Line Pipe for the transmission of gas and oil. It is also used for the transmission of water, under AWWA specifications, as piling and slurry pipe and in mechanical applications.