Chandrayaan-2: The Proud Moment Is About to Come 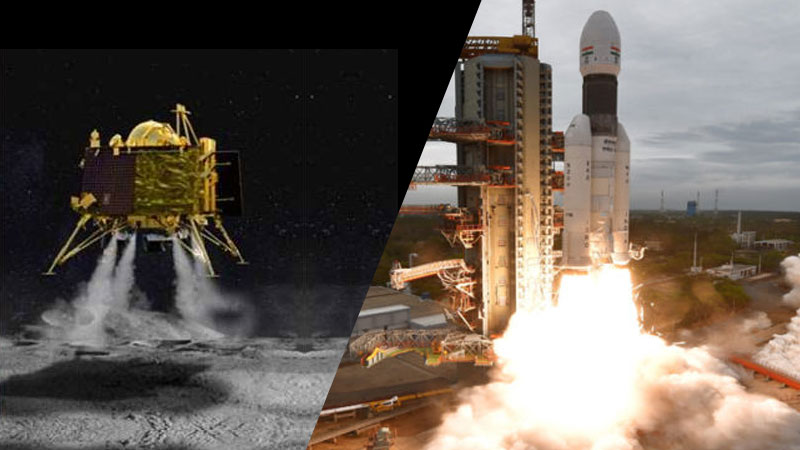 With the success of Chandrayaan-2, India would become the fourth country to achieve a soft landing on the moon, after the space agencies of the Union of Soviet Socialist Republics, the United States of America, and China. And, the first to launch the mission to the South Pole. Chandrayaan-2 is the second lunar exploration mission developed by ISRO, after Chandrayaan-1. Chandrayaan-2 was launched from the second launch pad at Satish Dhawan Space Center on July.22.2019. It used GSLV Mark III for launching. Chandrayaan-2 carried a lunar orbiter, a lander Vikram, and a lunar rover Pragyan; all of them were developed in India.

Chandrayaan-2 will go where no country has ever gone before- the moon’s South Pole region. Why the lunar South Pole? Because the area here that remains in shadow is much larger than at the North Pole. There is a possibility of the presence of water in the permanently shadowed area. Also, the South Pole has craters that are cold traps and comprise a fossil record of the early solar system.

It is expected that Chandrayaan-2 will attempt to soft-land the lander and rover in a high plain between two craters - Manzinus C and Simpelius N-at a latitude of about 70° south in the wee hours of Saturday, September.07.2019.

What is the Aim of Chandrayaan-2?

The mission aims to further expand the knowledge about the moon through a detailed study of its topography, surface chemical compositionthermo-physical characteristics, mineralogy, and atmosphere. This will help in gaining a better understanding of the origin and evolution of the Moon.

Some Important Events So Far: