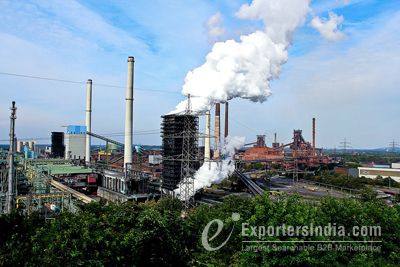 After years of waiting, finally the house of parliament passed the bill focused at reforming the old Toxic Substance Control Act of the USA, which ruled over the chemical industry more than 40 years. The reason for the amendment was to secure the country from the potential danger of the chemical Substances. Over last few decades, more than 85,000 chemical substances were introduced in the market, but it is sad just a few of them were actually tested before being permitted to be sold out in the open market. That's the reason why a harmful substance like Asbestos is still legal in the USA, even if it is banned in other 40 countries. The bill talks about many such moderations that will remove the existing faults in TSCA and give the country a better future picture.

Long Pending Amendment
Considered to be the most ineffective and stale Act, TSCA was yearning reform from a long period of time. Out of the 85,000 of the new chemicals introduced, just 1,000 are well tested. When the law was introduced and passed back in 1964, around 65,000 were freed from any further examination, since then many new substances have been introduced but just a few of them have been well-examined.

Mandatory Testing
By introducing the brand new reformed bill, the government has made that testing of all the chemical substances compulsory. Also, it would give the power to power to EPA (Environment protection Agency) to take the safety measures, and come up with the ways by which industry could prosper, that too by keeping the surroundings safe.

EPA in Power
The need of using the most burden-free measures is no longer a requirement for EPA. The reformed bill has given all the power in the hands of EPA. EPA will examine all the chemicals that industries are using. If EPA would want to facilitate the use of a chemical in the market it would have to show a cost-benefit analysis, and prove that the chemical isn't harmful to any kind, in any manner.

EPA: A Hurdle?
Where many people are celebrating the newly reformed bill, others are not that happy with the amendment of the TSCA. Industrialists are complaining by saying, that making the chemical analysis mandatory will act as a speed-breaker in the smooth and fast pace of the industry. Some of the environmentalists even doubt the effectiveness of the bill and are worried that the bill won't do any good in regulating the hazardous substances.

What's In The Bill

The bill will make the process more transparent, and will make it hard for the industries to hide the chemicals they use from the public.
According to the experts, the reform was necessary to protect the vulnerable population, like kids and pregnant women from the effect of hazardous chemicals.
Now the EPA can even order safety data from the companies.
The amendments will regulate the industry, for better.

The people of USA have waited for many years for a bill that will assure the well-being of their families, and regulate the working of the industry towards a better direction. Finally! It's here now.