Opening up the Agriculture Sector: A New Approach to Help Our Farmers

In a country like India, which is widely identified as an agrarian economy, where the agriculture sector singlehandedly contributes about 12% to the GDP and 50% of the population is dependent on it for its livelihood, why is it that our farmers are perpetually in crisis? Even with thousands of organizations working for their cause and government offering them several subsidies and special welfare schemes, the number of farmers' suicides in the country shows no signs of declining. Several explanations are given by the incumbents and industry experts but the situation remains unchanged. 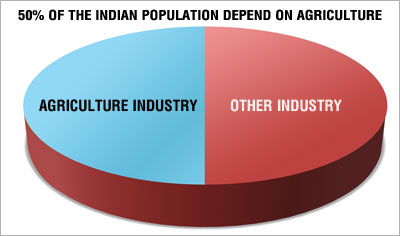 So what is the way out? What can be done now that hasn't been done in the last 68 years? Famous author and columnist Chetan Bhagat in his blog for TOI suggested a campaign called 'Bake in India' (an idea derived from the campaign Make in India) to be introduced. He advocates that the Indian agriculture industry is a land of opportunities and should be opened up for global private players so that farmers can also reap the advantages of globalization. "The world needs food. We have the farmers. Can't we use this to create a Bake in India revolution?"

How can Opening the Agriculture Sector help the farmers and the economy?

What are the possible side-effects and challenges?
Every time there's a talk of letting in global players, heated debates in the parliament and on news channels sprout up, which is valid as an already distressed agriculture industry cannot afford more setbacks. 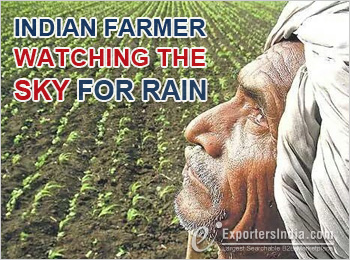 The road ahead...
Currently, global players are allowed to deal in allied industries like food processing, fertilizers and agriculture services and machinery. But the farmers are still nowhere in the vicinity of this playing field. After the agrarian crisis in 1960s, Indian government emphasized the idea of self-sufficiency in food and was also successful in achieving it. But a sad fact of the matter is that we were never able to look beyond this. India has the second largest farm output in the world and hence, the potential to feed the world. To realize this potential, agriculture sector will have to open its doors for the world and also take a step outside its domestic boundaries.