We offer the best product range of and N-46 Prilled Urea. 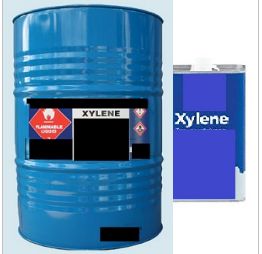 N-46 Prilled Urea (CH 4 N 2 O) is a compound formed in the liver from ammonia produced by the deamination of amino acids. It is the principal end product of protein catabolism and constitutes about one half of the total urinary solids. Urea is a nitrogenous compound containing a carbonyl group attached to two amine groups with osmotic diuretic activity. In vivo, urea is formed in the liver via the urea cycle from ammonia and is the final end product of protein metabolism. Administration of urea elevates blood plasma osmolality, resulting in enhanced flow of water from tissues, including the brain, cerebrospinal fluid and eye, into interstitial fluid and plasma, thereby decreasing pressure in those tissues and increasing urine outflow. Uses : There are various uses of Urea. In laboratory it is a powerful, disrupts the noncovalent bonds in the proteins. This property can be exploited to increase the solubility of some proteins. A mixture of urea.  For medical, it is used as topical dermatological products to promote. If covered by 40% urea preparations may also be used for nonsurgical. Urea 40% "dissolves the intercellular matrix" of the nail plate. For miscellaneous, it is used as component of providing a relatively cheap source of promote growth; alternative to road and the hardening of ski-resort terrain park take-offs and landings; as an additive to extend the working temperature and open time.