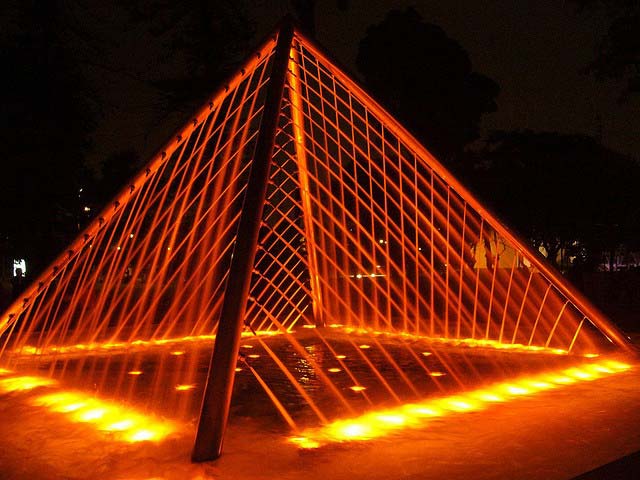 he Pyramid Fountain is one of the most remarkable and best-known of the Peterhof fountains.

Its design accentuates the regular geometrical pattern formed by the jets. 505 of them, rising above each other in seven tiers, make up a four-sided watery pyramid, which looks as though it had been moulded by the skilful hands of an artist. The pyramid is raised on a square, three-stepped base of marble, which stands in the middle of a square granite-lined pool with sides eleven metres long. Around the perimeter of the pool runs a marble balustrade adorned with vases and urns. Opposite each face of the pyramid there is an opening in the balustrade for a three-stepped cascade flanked by two tiny bridges spanning the perimetric channel.