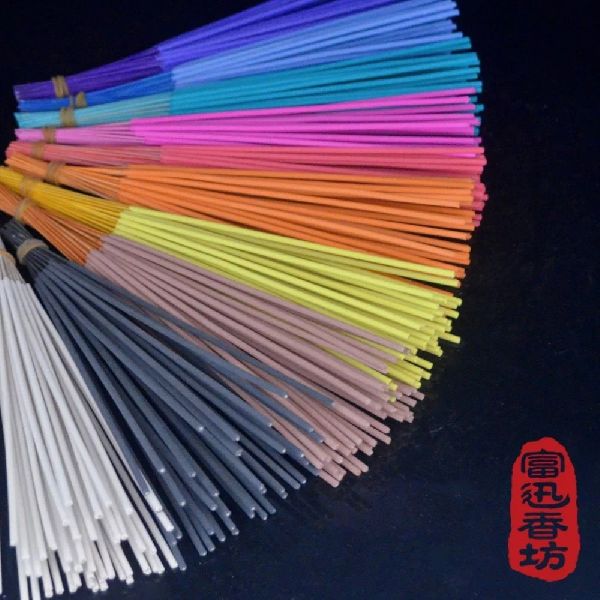 Incense stick is aromatic biotic material which releases fragrant smoke when burned. The term refers to the material itself, rather than to the aroma that it produces. Incense stick is used for aesthetic reasons, and in therapy, meditation, and ceremony. It may also be used as a simple deodorant or insectifuge.Incense stick composition:

A variety of materials have been used in making incense. Historically there has been a preference for using locally available ingredients. For example, sage and cedar were used by the indigenous peoples of North America.Trading in incense materials comprised a major part of commerce along the Silk Road and other trade routes, one notably called the Incense Route.

The combustible base of a direct burning incense mixture not only binds the fragrant material together but also allows the produced incense to burn with a self-sustained ember, which propagates slowly and evenly through an entire piece of incense with such regularity that it can be used to mark time.[citation needed] The base is chosen such that it does not produce a perceptible smell. Commercially, two types of incense base predominate:

Fuel and oxidizer mixtures: Charcoal or wood powder forms the fuel for the combustion while an oxidizer such as sodium nitrate or potassium nitrate sustains the burning of the incense. Fragrant materials are combined into the base prior to formation as in the case of powde