Our Complete range of products are and Greenhouse Film. 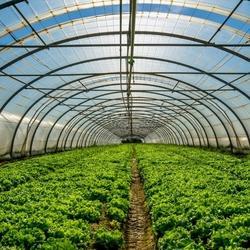 We are dealing in greenhouse film, Flexible greenhouse films are usually made from low density polyethylene (LDPE), linear low density polyethylene (LLDPE), ethylene-vinyl acetate copolym ers (EVA) and similar polymers. In their natural state these polymers deteriorate rapidly when exposed to sunlight. The sun’s ultra violet (UV) light transfers its energy to the polyethylene molecules causing them to become so energized that they are readily subject to oxidation. The degradation process is a series of reactions one leading to another of which the end products are carbon dioxide and water. The idea behind the stabilization packet which is put into the plastic mix at the time of production is to include components which will block, prevent as far as possible the onset