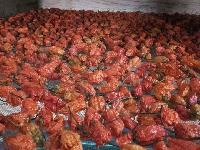 Oven dry bhut jolokia bhutjolokia kingchilli ovendried the bhut jolokia (capsicum chinense, ) or ghost chili, named for its ghostly bite, is the hottest chili pepper in the world. Also known as the naga jolokia and bih jolokia, or poison chile pepper, it has been measured at 855, 000 scoville units up to 1, 041, 427 units by an indian export company. The bhut jolokia is twice as hot as the red savina (350, 000-577, 000 scoville units) and is similar looking to the dorset naga. When ripe, the ghost chiles are 60 mm to 85 mm long and up to 30 mm wide. They have an orange or red color. They are very similar looking to habanero peppers, but they have a rugged skin. 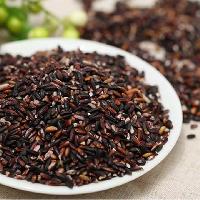 Blackrice its pleasant nutty flavour and slightly chewy  texture mades a dessert kheerrice pudding will make you sigh with pleasure! its colour changes to dramatic purple when cooked, so it is also known as purple rice. Manipuri aromatic black rice or chak-hao rice contains high medicinal values. Chak-hao rice contains nutrients like fibre, iron, carbohydrate, fat with rich methionine, vitamin b, e and amino acids.it is an anti-oxidant food for all diseases which can benefit the health of people afflicted with diabetes, cancer, hiv,   brain disease, heart disease, malnutrition in children, allergy and tiredness. This rice contains nutrients like fibre, iron, carbohydrate, fat with rich methionine, vitamin b, e and amino acids.black rice (chak hao) was proclaimed as a 'superfood' by the world health organisation, who. Dr. Zhimin xu,   a researcher, confirmed that just a spoonful of black rice bran contains more health promoting anthocyanin antioxidants than are found in a spoonful of blueberries, but with less sugar and more fibres and vitamin e antioxidants".that the local chak hao rice came with the people of manipur, particularly meiteis when they first settled on this land is the belief among the manipuris.   Detail : Chakhao amubi and chakhao angouba were named after the black and white colour of this particular rice. In ancient china, black rice was considered the finest grain and only served to the emperor. So, it is also called forbidden rice, as it was restricted to use by general people. Black rice is, sometimes, known as spiritual rice among the buddhists as it was served to gautama buddha while he meditated.

Discover the health benefits of loose long leaf green tea, and taste the difference a true tea artisan makes! . Loose leaf natural assam green tea, is the green tea made from the tender top tea leaves and bud of the tea plant camellia sinensis assamica, the same plant from which the famous assamblack tea is made.

Black cardamom is often referred to as the queen of spices. While it is commonly used as a flavouring spice for many indian dishes, it also contains a number of health benefits. 100% north east product. 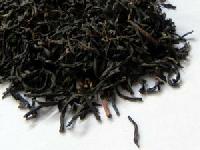 The traditional way of manufacture. Mellower and sweeter than the stronger ctc cousins. The tea estates located at relatively higher altitudes also produce the orthodox variety of tea that comes in full leaf form. Assam orthodox tea is a flavourful delight. 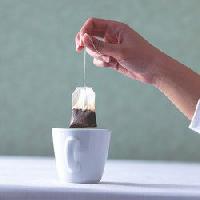 One of the major concerns of the organization is to make available only quality approved products to the buyers and thus we check the entire range at all stages. We are from Guwahati(India) and engaged in catering to the market with quality products at nominal prices. Pack of 25 tea bags ( single flavour pack). Green tea in all flavours - tulsi, lamon grass, ginger, chamomile,

Best assam tea all grade bp, bopsm, bop etc. Crush, tear, curl (sometimes cut, tear, curl) is a method of processing blacktea in which the leaves are passed through a series of cylindrical rollers with hundreds of sharp teeth that crush, tear, and curl the tea into small, hard pellets. tea produced using this method is generally called ctc tea