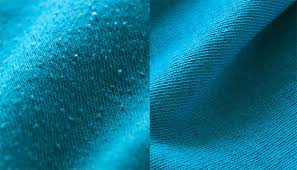 Cotton and other natural fibres based on cellulose can be improved by an enzymatic treatment known as Bio­Polishing. This treatment gives the fabric a smoother and glossier appearance. The treatment is used to remove 'fuzz' - the tiny strands of fibre that protrude from the surface of yarn. A ball of fuzz is called a 'pill' in the textile trade. After Bio­Polishing, the fuzz and pilling are reduced. The other benefits of removing fuzz are a softer and smoother handle, and superior colour brightness. 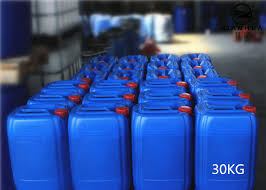 At Maps, we continuously develop our product line in order to have innovative enzymes with unique performance features for existing and new applications within the textile industry. Our R&D aims to provide innovative products for fabric treatment reducing process time, chemical consumption and energy costs in compliance with sustainable development. 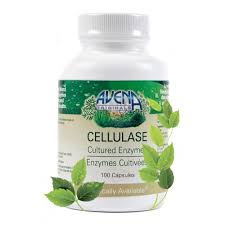 Colour brightening-When garments made of cotton or cotton blends have been washed several times, they tend to get a 'fluffy' look and the colours become duller. This effect is due to the formation of microfibrils that become partly detached from the main fibres. The light falling on the garment is reflected back to a greater extent giving the impression that the colour is duller. These fibrils, however, can be degraded by the cellulase enzyme, restoring a smooth surface to the fibre and restoring the garment to its original colour.

Animal feed is composed of plant material, cereals and vegetable proteins, which cannot be fully digested and utilised by animals. However, feed utilization and digestion can often be increased by the addition of external enzymes to the feed. Many cereals have a proportion of their energy in the form of non­starch polysaccharides (NSPs), more commonly known as fibre. Enzymes are to break down these NSPs, which lead in increase of metabolisable energy and protein utilisation. In some cereals, a large part of the NSP is soluble and causes high viscosity in the small intestine of a monogastric animal. As a result, digestion becomes impaired. Selected microbial enzymes can partially degrade this NSP, lowering viscosity in the intestine and improving feed utilisation. Many vegetable protein sources, such as soybean meal, also contain NSP. The addition of selected microbial enzymes can be used to break down the NSP and make it available to the animal. Just as with cereals, the metabolisable energy and protein utilisation for vegetable protein sources can be improved by using the correct combination of amylases and proteases. In almost all plant material used for animal feed, a large part of the mineral phosphorus is bound in the form of phytic acid, which cannot be degraded by monogastric animals. Phytase liberates part of the bound phosphorus and makes it possible to reduce the phosphorus content of the feed by 25-30%. The R & D center at Maps has successful produced phytase, and soon shall be commercially launched.

At Maps, we continuously develop our product line in order to have innovative enzymes with unique performance features for existing and new applications within the textile industry. Our R&D aims to provide innovative products for fabric treatment reducing process time, chemical consumption and energy costs in compliance with sustainable development. We provide a range of enzymes like amylases, cellulases, catalase, pectinase and protease for various textile wet-processing applications like desizing, bio-polishing, denim finishing, bleach clean-up, bio-scouring and de-wooling.