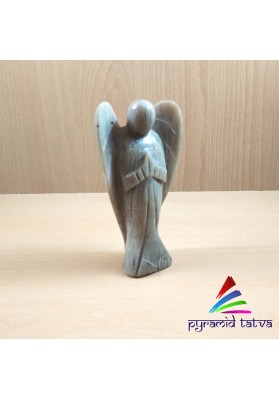 The cat eye gemstone is a distinct gemstone due to the reason of its offbeat color in comparison to other stones. Second, thing that draws the attention to this stone is its association with the dominant planet Ketu that in reality does not have any physical significance in the solar system.

Despite of being its absence in the solar panel physically, yet, this planet has conferred the status of one of the most influential Planet by virtue of its fascinating metaphysical properties that has been praised by human beings. This stone is awarded with the status of the fastest acting planet. By the reason of this, people crave to adopt cat eye stone.

This listing is for 1 Cat's Eye angel