We offer a complete product range of and load cell assembly 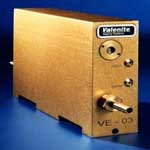 We cater a huge range of load cell assembly that includes compression, shear beam, rocker column and single ended beams load assembly. We are well reckoned as the most preeminent cell assembly manufacturer, based in India. Load-cell mounting assembly is manufactured from the premium quality raw materials that add durability and efficiency. Widely used for protecting the load cell from damages, forces, harsh environment conditions etc., our load-cell mounting assembly is a perfect blend of excellent quality and brilliant performance. Compression Load Cell Assembly: Our suspension design incorporates a unique self aligning three ball assembly. These assembly protects the load cell against horizontal forces which are generated when the vehicle loads on the platform.   Shear Beam Load Cell Assembly: The suspension design allows the platform to swing. It absorbing the lateral and transverse loads which are generated by a moving vehicle on the platform. This generates better accuracy and reliability in weighment and also protects the load cell from the mechanical damages. Rocker Column Load Cell Assembly: Load cell of stainless steel construction and complete hermetic sealing, making them suitable for use in the toughest industrial environments.   Single Ended Beams Load Cell Assembly: The module is available in mild steel. Loading of the cell is through a rod and spherical washer assembly that protects the cell from side load induced errors caused by load structure expansion.