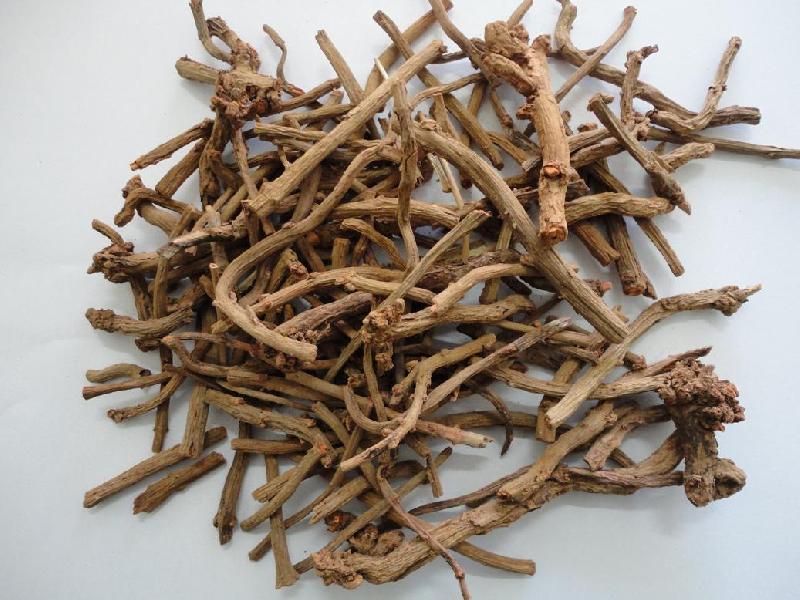 They are used to lower the blood pressure. The roots are used internally in the treatment of abnormal uterine bleeding, internal and external haemorrhage, bronchitis, rheumatism, stones in the kidney, bladder and gall and dysentery . The stems are used as they are considered to have a bitter taste and a cooling potency. They are used in the treatment of blood disorders and spreading fever of kidneys and intestines. A valuable red dye is obtained from the root and stems. Roots are made into paste for application into ulcer 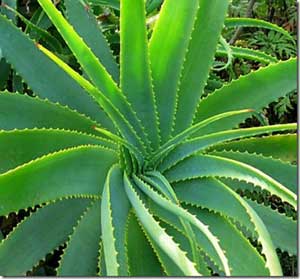 The species is frequently cited as being used in herbal medicine since the beginning of the first century ad. Extracts from aloe vera are widely used in the cosmetics and alternative medicine industries, being marketed as variously having rejuvenating, healing, or soothing properties 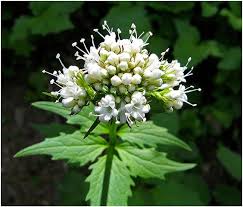 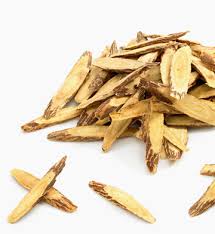 Liquorice, or licorice, (/ÃƒƒÃ¯Â¿Â½ÃƒÂ¯Ã‚Â¿Ã‚Â½lÃƒƒÃ¯Â¿Â½Ãƒ‚Ã‚ÂªkÃƒƒÃ‚Â¡Ãƒ‚Ã‚ÂµÃƒÂ¯Ã‚Â¿Ã‚Â½rÃƒƒÃ¯Â¿Â½Ãƒ‚Ã‚ÂªÃƒƒÃ¯Â¿Â½ÃƒÂ¯Ã‚Â¿Ã‚Â½/ LIK-(ÃƒƒÃ¯Â¿Â½ÃƒÂ¯Ã‚Â¿Ã‚Â½-)rish or /ÃƒƒÃ¯Â¿Â½ÃƒÂ¯Ã‚Â¿Ã‚Â½lÃƒƒÃ¯Â¿Â½Ãƒ‚Ã‚ÂªkÃƒƒÃ‚Â¡Ãƒ‚Ã‚ÂµÃƒÂ¯Ã‚Â¿Ã‚Â½rÃƒƒÃ¯Â¿Â½Ãƒ‚Ã‚Âªs/ LIK-(ÃƒƒÃ¯Â¿Â½ÃƒÂ¯Ã‚Â¿Ã‚Â½-)ris)[2] is the root of Glycyrrhiza glabra from which a sweet flavour can be extracted. The liquorice plant is a herbaceous perennial legume native to southern Europe and parts of Asia, such as India. It is not botanically related to anise, star anise, or fennel, which are sources of similar flavouring compounds. Most liquorice is used as a flavouring agent for , particularly US blend , to which liquorice lends a natural sweetness and a distinctive flavour and makes it easier to inhale the smoke by creating bronchodilators, which open up the lungs.[3][4] Liquorice flavours are also used as candies or sweeteners, particularly in some European and Middle Eastern countries. Liquorice extracts have a number of medical uses, and they are also used in herbal and folk medications. Excessive consumption of liquorice (more than 2 mg/kg/day of pureglycyrrhizinic acid, a liquorice component) may result in adverse effects, and overconsumption should be suspected clinically in patients presenting with otherwise unexplained hypokalemia and muscle weakness Liquorice is used by brewers to flavour and colour porter classes of beers, and the enzymes in the root also stabilize the foam heads produced by beers brewed with it.