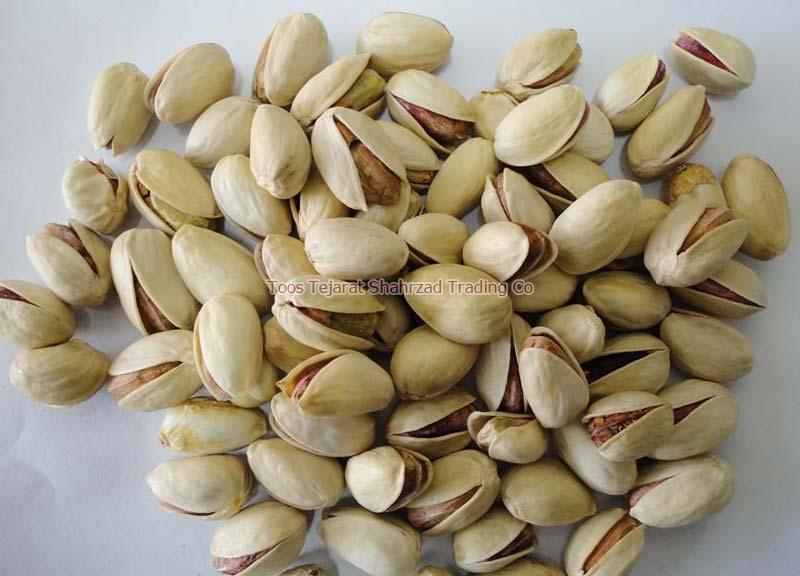 We are highly acknowledged organization engaged in presenting a remarkable range of pistachio nuts. Toos Tejarat Shahrzad Trading Co is instrumental in meeting the diverse requirements of our clients by providing the optimum quality pistachio nuts. We are also known for the best round pistachio supplier and exporter in Iran. Our nuts are good in taste and contain high fiber protein. We are incorporated with advanced equipment to process these nuts. With the aim of offering crunchy, tasty, and fresh nuts, they are available with us in the customized pack to meet the client’s satisfaction. Rely on us for on-time delivery of your nuts at a very economical price. 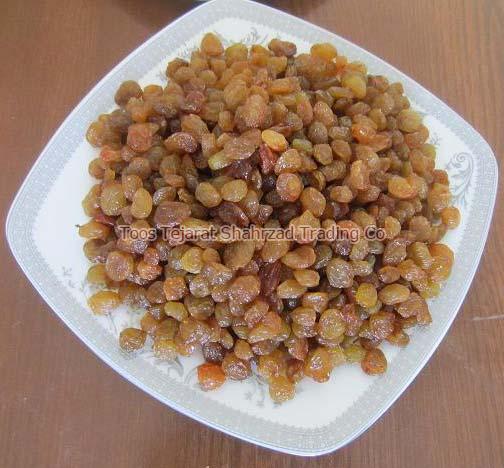 Our company has gained prominence as the Manufacturer, Supplier and Exporter of Raisins based in Mashhad, Iran. Our Raisins are preferred by our customers for their high nourishing content, delicious taste and cost-affordability. We are proficient in delivering Raisins in bulk or retail orders all over the world within the stipulated time. Details : Raisins - comes from the Latin racemes and means "a cluster of grapes or berries". Cultured for fruit, eaten fresh, processed into raisins or juice, with some cultivars adapted for the canning industry The major producers in the world United States (412, 770 tons) Turkey (320, 000 tons) Iran (240, 000 tons) South Africa (34, 000 tons) Greece (29, 000 tons) Australia (14, 500 tons) Mexico (16, 000 tons)    Iranian Raisin : Iran is the third largest exporter of raisin in the world by exporting more than 150, 000 MT (27% global Consumption) of raisins worth around 250 million dollars annually. There are different varieties of Iranian Raisins; Sultana Raisins (Superior Quality-Dark color), sultana raising (Light color - Malayer) Golden Raisins, Black Raisins and Green Raisins. The advantage of Iranian Raisins is principally its price, minerals and different methods of price, minerals and processing, and that's the reason why Iranian Raisins minerals are amongst the finest raisins in the world. In Iran we can divide the variety of raisins into Seeded Raisins Unseeded Raisins, Green raisins, rice raisins and currants. Green raisins and rice raisins are obtained from seedless grapes and Currant is provided from variety of seeded grapes. We explain raisins preparation method, because these names are related to raisins preparation method as well as the kind of grapes, which is used in raisins production. In Iran over 200 varieties of grapes have been named in different languages, but it is obvious that most of these names are related to one item that has found different names in different locations.   Different colored Raisins : In Iran Raisin colors vary by their drying process. For example, a dark purplish/black raisin or Black Raisin is sun-dried. A light to medium brown raisins or Sultana Raisin is dried under the shade. A golden to bright yellow raisins is dried under shade and is also treated with sulfur dioxide to retain color and is called Golden Raisin or Golden Bleached Raisins. Green Raisin is green in nature but if sulfur is added the color will have a yellowish green color to it (Golden Kashmir Raisins).   Test Result: Color- golden Moisture %- (105±2, 1.5h) 13.4% Oil (GMO) %- 5 % Insects- Negative Other materials- Negative Stones free- Negative Stones attached- Negative Other organic- Negative Stems free- 2 cm/kg Undeveloped berries Berries per 100 g- 352 Taste- suitable SO2- 145 ppm Cap stems attached- 1 % E.coli- Negative Coli forms- Negative Moulds- 1*10² Yeasts- Negative   Raisins Processing : The processed raisins are prepared from clean, sound, dried grapes; are properly stemmed and cap stemmed except for cluster or uncap stemmed then the raisins are sorted and cleaned   Packaging Details : 3kg/carton, 5kg/carton, 10kg/carton