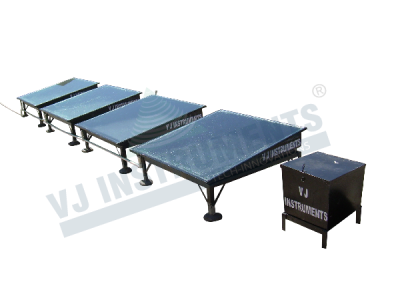 Solar distillation plant its Automated Solar water distillation plant for first stage distillation of water. A solar still is a simple way of distilling water, using the heat of the sun to drive evaporation of water to water vapors from still, and ambient air to cool water vapor. The pure water vapors condense on the cool inside glassplastic surface and drips down from the weighted low point, where it is collected and removed. The basic principles of solar water distillation are simple yet effective, as distillation replicates the way nature makes rain. The sun's energy heats water to the point ofevaporation. As the water evaporates, water vapor rises, condensing on the glass surface for collection. This process removes impurities such as salts and heavy metals as well as eliminates microbiological organisms. The end result is water cleaner than the purest rainwater.