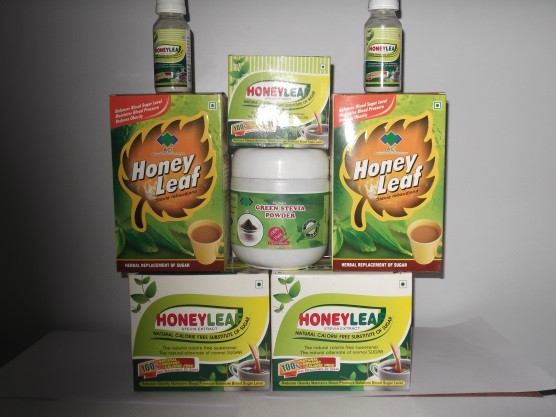 Details : Stevia is perhaps unique among food ingredients because it's most valued for what it doesn't do. It doesn't add calories. Unlike other sugar substitutes, stevia is derived from a plant. There is some question as to its effectiveness as a weight loss aid or as a helpful diet measure for diabetics. The stevia plant is part of the Asteraceae family, related to the daisy and ragweed. Several stevia species called candyleaf are native to New Mexico, Arizona and Texas. But the prized species, Stevia rebaudiana (Bertoni), grows in Paraguay and Brazil, where people have used leaves from the stevia bush to sweeten food for hundreds of years. Moises Santiago Bertoni, an Italian botanist, is often credited with the discovery of stevia in the late 1800s, even though the native Guarani people had used it for centuries. Known as kaa-he (or sweet herb) by the native population, the leaves of the plant had many uses. In traditional medicine in these regions, stevia served as a treatment for burns, colic, stomach problems and sometimes as a contraceptive. The leaves were also chewed on their own as a sweet treat. Stevia, also known as Stevia rebaudiana Bertoni, is a bushy shrub that is part of the sunflower family. There are 150 species of stevia, all native to North and South America. China is the current leading exporter of stevia products. However, stevia is now produced in many countries. The plant can often be purchased at garden centers for home growing. As stevia is 200 to 300 times sweeter than table sugar. Stevia contains eight glycosides. These are the sweet components isolated and purified from the leaves of stevia. These glycosides include : Stevioside Rebaudiosides A, C, D, E, and F Steviolbioside Dulcoside A Stevioside and rebaudioside A (reb A) are the most plentiful of these components. These are extracted through a process of harvesting the leaves, then drying, water extraction, and purification. Crude stevia, the processed product before it is purified, often carries a bitter taste and foul smell until it is bleached or decolored. It takes roughly 40 steps to process the final stevia extract. The low calorie count qualifies Stevia to be a healthful alternative for diabetes control or weight loss, Pancreatic cancer, Blood pressure, Children's diets, Allergies. Worldwide, more than 5, 000 food and beverage products currently use stevia as an ingredient. Stevia sweeteners are used as an ingredient in products throughout Asia and South America such as: Ice cream, desserts, sauces, yogurts, pickled foods, bread, soft drinks, chewing gum, candy, seafood, prepared vegetable etc.....