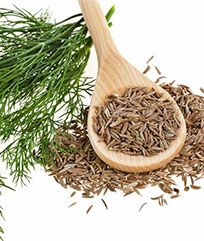 Cumin is a seed spice well known for its medicinal properties in India and many other Asian countries. The cumin seed is uniformly elliptical and deeply furrowed. Cumin seeds (known Jeera in India) are the seeds of the caraway family. Cumin has a distinctive, slightly bitter yet warm flavour. There are two types of cumin seed available �the black and white variety. White ones are generally used in curries and other large varieties of food. The black ones known as Shah Jeera are more pungent and mostly used in pulao (Pilaf) and biryani. This spice is widely used in Indian, Pakistani and Bangladesh dishes, and also in Middle Eastern and North African preparations. They are also used in Spanish stews and American pies. 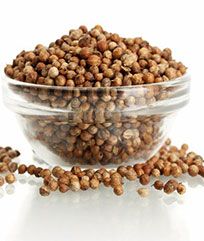 Shimla Hills is one of the leading coriander seeds suppliers based in India, supplying sesame seeds across the globe.It is one of the prime spices used in Indian food. Shimla Hills provides non-GMO coriander seeds that pack food with flavour and make cuisines delicious. Shimla Hills: One of the Leading Coriander Seeds Suppliers With the earliest use of coriander seeds reported in 5000 BC, their use has been on the rise ever since. The herb is produced in Morocco, Bangladesh, Romania, Mexico, Argentina, Bulgaria, Canada, Egypt, India, Nigeria, Indonesia, the USSR, Yugoslavia Poland, Syria and the United States. Shimla Hills has been successfully producing high- quality coriander seeds and exporting them around the world. The seeds have become a preferred flavouring agent and its grounded form can be used as thickening agent for curries as well. 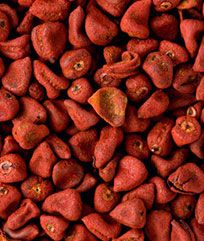 Annatto is a nutty, sweet and peppery tasting seed originating from a tree called as "Achiote". This seed is usually used for producing food colouring and flavors.