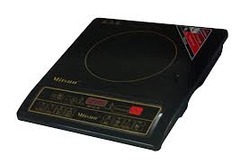 We are leading manufacturers and suppliers of a exotic range of Dolphin Infrared Induction Cooker Cooker to our clients. These products are fabricated using supreme quality raw material procured from reliable and leading vendors who are well known names of the market. Further, before delivery these products are tested on various parameters by our experts. 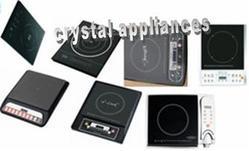 Our superior quality Induction cookers have the capability of cooking food in very short time. Our cookers contain an efficient timer facility, which is needed for presetting the cooking time. Our products are energy efficient, cheaper than LPG gas cooking, faster, safer, more economical, reliable and easy to maintain. Even though they work on electricity, they are shock proof and there are no chances of them catching fire. Our cookers are highly economical & portable. They also consist of a touch screen micro computer controlled control panel and child lock function which leads to an enhancement in their demands. 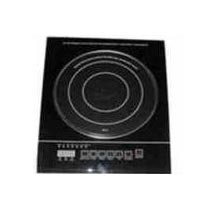 The company is a well-known Exporter and Supplier of Induction Cooker across the globe. Basically, an induction cooker uses induction heating for cooking. Induction Cooker that we offer is faster and more energy-efficient than a traditional electric hob. The Induction Cooker allows instant control of cooking energy similar to gas burners. Features Of Induction Cooker Instant cooking Reliable User-friendly No flames Working Of Induction Cooker Unlike other forms of cooking, in Induction Cooker heat is generated directly in the pot or pan (cooking vessel), as opposed to being generated in the stovetop by electrical coils or burning gas. To be used on an Induction Cooker, a cooking vessel must be made of ferromagnetic metal. In an induction cooker, a coil of copper wire is placed underneath the cooking pot. An alternating electric current flows through the coil, which produces an oscillating magnetic field. This field induces an electric current in the pot. Current flowing in the metal pot produces resistive heat which heats the food. As induction heats the cooking vessel itself, the possibility of burn injury is significantly less than with other methods. The surface of the cook top is only heated from contact with the vessel. There are no flames or red-hot electric heating elements as found in traditional cooking equipment. The induction effect does not heat the air around the vessel, resulting in further energy efficiencies, while some air is blown through the cooktop to cool the electronics, but this air emerges only a little warmer than ambient temperature. Induced current can heat any type of metal, but the magnetic properties of a steel vessel concentrate the induced current in a thin layer near the surface, which makes the heating effect stronger. In non-magnetic materials like aluminum, the magnetic field penetrates too far, and the induced current encounters little resistance in the metal. Practical Induction Cookers are designed for ferromagnetic pots that stick to a magnet. Since heat is being generated by an induced electric current, the unit can detect whether cookware is present (or whether its contents have boiled dry) by monitoring how much power is being absorbed. That allows such functions as keeping a pot at minimal boil or automatically turning an element off when cookware is removed from it.