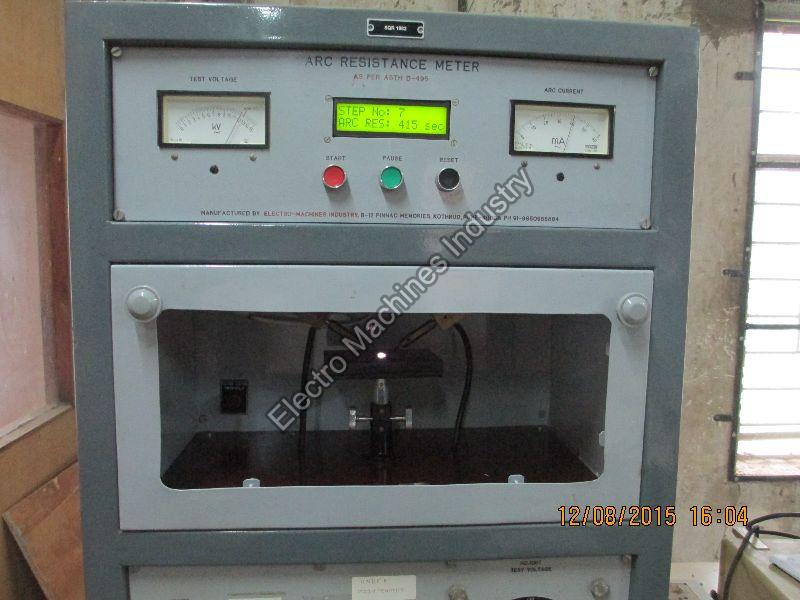 This method of test is intended to differentiate, in a preliminary way, among the similar materials with respect to their action of high voltage, low current arc, close to the surface of insulation, intending to form a conducting path therein causing the material to become conducting decomposition and erosion. In order to distinguish more easily among materials which by this test, have low arc resistance, the early stages of the test are mild and latter stages are successively more severe. The arc occurs intermittently between two electrodes resting on the surface of the specimen in regular orientation: the severity is increased in early stages by successively decreasing to zero the interval between flashes of uniform duration and the latter stages by increasing the arc current.