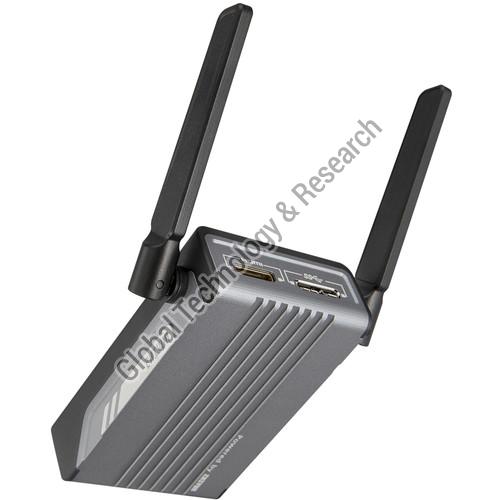 with the hdmi wireless video receiver from zhiyun , you can receive high-definition, low-latency 1080p30 video from a transmount transmitter from up to 328' away. the transmitter is capable of transmitting video simultaneously to up to three receivers. the transmount receiver features an hdmi type a output which supports up to 1080p30 video, and it receives up to 1080p30 over wi-fi. power is provided by the integrated 1400mah battery, which is charged using the micro-usb input/output port and lasts approximately 1.5 hours on a full charge. the receiver unit can be secured to a mount or stand via the included mounting plate and shoe mount. features 328' maximum range video transmission and hdmi output up to 1080p30 transmitter can send video to up to three receivers simultaneously 60 ms low latency wi-fi wireless transmission protocol micro-usb charging mounting plate and shoe mount