We offer the best product range of Turmeric and Turmeric Finger. 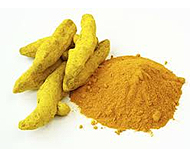 History Turmeric is the important spice of India whose usage dates back to Vedic period. During Vedic period it was was not only used as spice but was also used to treat various diseases. In nearly all the religious rituals it was used prominently. Dioscorides the famous Greek classical writer also mentioned this spice. Ancient Indian medical text Ayurveda talk in length about turmeric and its medicinal properties. Both sushruta and charaka, ancient Indian Physicians, also mentioned turmeric in their text. Marco Polo mentioned it as vegetable with properties of saffron. In Indonesia turmeric occupied significant place in marriage. Even in the modern period its medicinal quality is recognized worldwide and is the important item of trade. Turmeric has been used for many centuries. Due to its ancient origin, its actual place of origin cannot be ascertained but however it has been grown in many parts of south Asia and South East Asia. In south Asia India is major producer, consumers and exporters of turmeric whereas Java, Sumatra are the major producers in Indonesia. Apart from this turmeric is also now grown in Philippines, Japan, Korea, China, Sri Lanka, Nepal, East & West Africa, Caribbean Islands and Central America. Turmeric, belonging to the ginger family is a perennial plant found in the tropical regions of Southern Asia. Turmeric is mostly traded in the whole form, and then processed into powder, oil or oleoresin by the industrial sector. Medicinal use: Turmeric has been traditionally used for curing a number of diseases, it is known to prevent various sexual transmitted diseases, has anti-tumoral effects, is considered to be a possible treatment for cancer etc. Food additive: Coded as E100, turmeric is a widely used food additive for products that are specially packaged to protect from sunlight. It is also used in mustard, pickles for compensating fading color. Food Industry: Used in a number of products including bakery products, dairy products, cereals, sauces and ketchups, biscuits, cakes etc. Cosmetics: Turmeric is used to manufacture various sunscreen, fairness creams and lotions. The anti-oxidant properties helps to lighten the skin and also used for treating skin inflammations.

Turmeric has been traditionally used for curing a number of diseases, it is known to prevent various sexual transmitted diseases, has anti-tumoral effects, is considered to be a possible treatment for cancer etc.