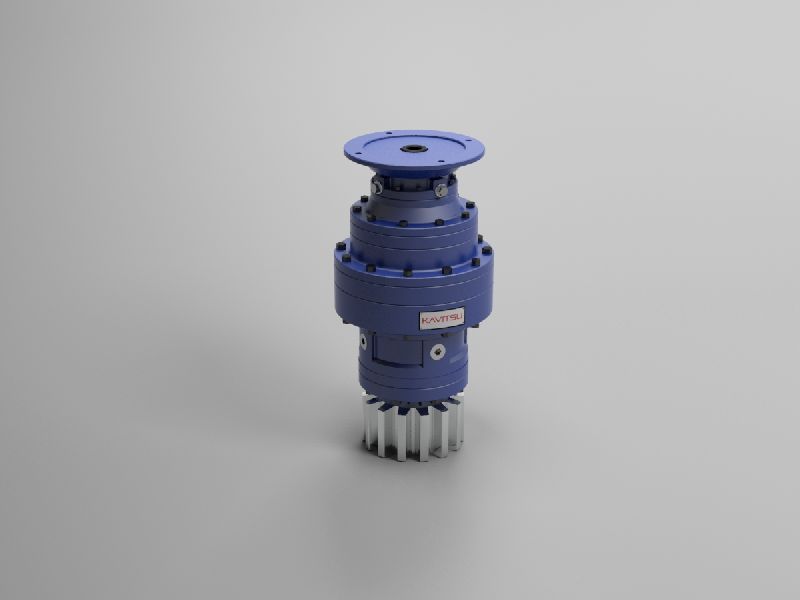 Yaw gearbox is a new development from Kavitsu team. Kavitsu has been a pioneer in planetary gear technology and this latest offering marks a milestone for the Indian wind industry. In a wind turbine, yaw gearbox is generally used to rotate the nacelle (a housing which incorporates all the components in the wind turbine) against the force of the wind.   The Yaw gearbox is designed using planetary gear technology. Generally, depending on the required ratio, it can be a 4 stage or a 5 stage planetary drive with a pinion gear, which can be an integral part of the output shaft or it can be inserted into the output shaft. Kavitsu design team is continuously striving hard to reduce the weight and size of the yaw gearbox so that the customer can benefit from weight reduction and maximized efficiency. 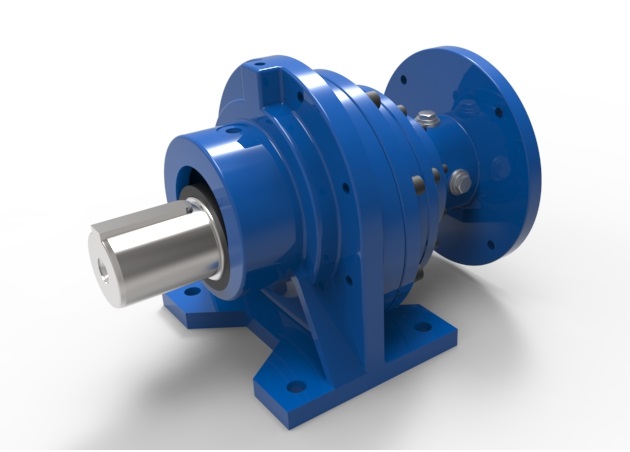 Gearboxes come in several configurations, each appropriate for somewhat different industrial uses. A gearbox comprising a planetary gear system, which is a particular kind of epicyclical gearing system, has several advantages over the other gear trains as a result of its exceptional solar system like arrangement. In a planetary gearbox, planetary gears which, subsequently, rotate around the sun gear are encompassed by a ring gear. Straightforward arrangements include only one of each gear component, compound planetary gears use stepped or meshed planet gears to enhance flexibility and torque to weight ratios. Planetary gearboxes have several advantages over conventional industrial gearboxes. Not only are they exceptionally streamlined, the arrangement permits load distribution over the gears. This distribution allows for a heightened firmness and greater torque capacities, which is critical in many industrial uses. Torque density and load skill both can be improved simply by adding more planet gears to the system. Possibly, the most attractive feature of a planetary gearbox is its exceptionally high efficiency. Their compact size, high torque to weight ratios, high efficiency and functional firmness make planetary gearboxes useful across a variety of businesses including steel and metal working, building and chemical and food sectors. In particular, planetary arrangements lend themselves nicely to industrial slewing drives used across all these business sectors. Some automatic transmission systems operate by putting multiple planet and sun gear components inside the same annuls or ring gear and the input signal of the second stage to join the result of the first stage to be able to improve or decrease the gear ratio. There are many disadvantages to planetary gear systems although, through intelligent engineering layout these are generally pretty easy to cancel. Despite their generally complicated layout, gearboxes housing planetary gear systems are popular across automotive, production, building and chemical and food sectors. 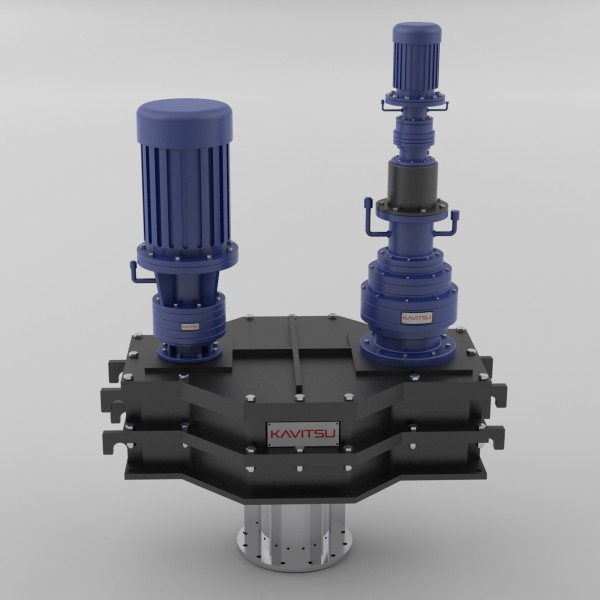 They say, water is precious. But looking at the current scenario, it is essential to save every drop of water, or better, re-utilize it. Industries have to pay heavy amounts of money if they are to take the water from lakes and rivers. But, if they have the facilities to re-treat the used water, it helps them conserve the natural resources as well as their costs. The equipment where the waste water or sewage is treated is called a clarifier. Planetary gear system is one of the advanced technologies available for industrial power transmission as of today. Major advantage is their compactness as compared to the conventional systems when it comes to usage in a Clarifier. Some of the advantages can be noted below: They have high power density Due to the higher power density as compared to conventional systems, they are compact They are highly efficient when it comes to power transmission. Around 95% efficiency can be achieved using these type of gear drives. They provide greater stability Load is distributed evenly among the planetary gears. 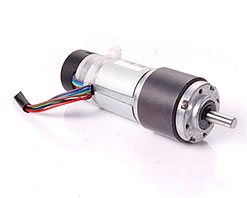 Kavitsu has started its full fledged production line to cater the miniature gearbox or in other words, mini planetary gearbox for the Indian as well as global market. Such gearboxes are generally used where high torque is required and space is a constraint. Some of the applications include robotics, solar panel tracking systems, defense systems, remote controlled toys and so on. Our range of mini planetary gear boxes are available in 25, 32, 45 mm diameter and give an output torque of up to 15 NM. Developed in-line with international quality standards, this gear box transfers required power and motion. Our range of mini planetary gear boxes comes in different reduction ratios ranging from 3.2 which is available in single stage and goes up to 625, which is available in quadruplet stages. These mini planetary gear box is fabricated from high quality tested raw material and it further undergoes surface treatment to meet 12V & 24V DC input and to ensure long service life.With a proper R & D, the design is made to transfer required power and motion. Kavitsu is having its well established set up with proper facility of manufacturing activity, supported by well trained force of quality control. These gearboxes are suitable for intermittent as well as controlled duty cycle. The pion as well as the gear sets ( planets and the sun gear) are made from high quality iron, which ensures reliability and long life.The steel output shaft is hardened, which makes sure it can transmit the torque effectively. The Picture below shows the components which make a mini planetary gearbox as a whole. 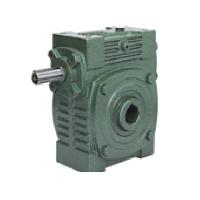 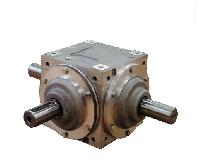 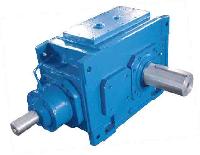