We offer a complete product range of and Networking Router System 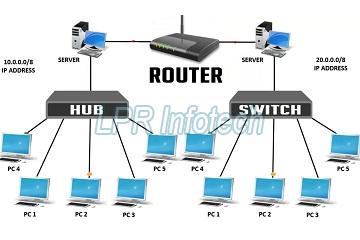 A router is a networking device that forwards data packets between computer networks. Routers perform the traffic directing functions on the Internet. A data packet is typically forwarded from one router to another router through the networks that constitute an internetwork until it reaches its destination node.