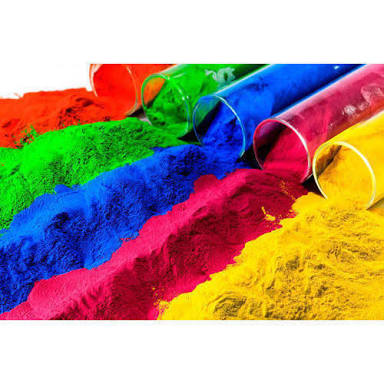 basic dyes basic dye is a stain that is cationic (+ve charged) and so will react with material that is (-ve) negatively charged. This dye is usually synthetic, that act as bases, and which are actually aniline dyes. Their color base is not water soluble but can be made so by converting the base into a salt. The basic dyes, while possessing great tinctorial strength and brightness, are not generally light-fast.   basic (or cationic) dye molecules have a coloured component carrying a positive electrical charge which is attracted by negative charges on the fibre. Basic dyes must not be: (i) mixed with the negatively charged acid dyes since they will neutralise each other to form an insoluble complex; or (ii) used under alkaline conditions since many of the dyes will decompose to form the colourless dye base which is insoluble in water.   the basic dyes, like the acid dyes, unite chemically with the fibre. They do not take directly on cotton but they do on ligno-cellulosic fibres such as sisal, jute and coin for brightness and clarity of colour the basic dyes cannot be matched by any other class of dyestuff. Also, since the dyestuffs produce intense colours, quite small quantities of dye will produce deep hues.   although they produce bright colours cheaply, the light and water fastness properties of the colours are generally poor and for many textile purposes these dyes have been largely displaced by the more modern acid, direct, and reactive dyes.   properties of basic dyes basic dyes are cationic soluble salts of coloured bases. Basic dyes are applied to substrate with anionic character where electrostatic attractions are formed. Basic dyes are not used on cotton as the structures are neither planar nor large enough for sufficient substantivity or affinity. Basic dyes are called cationic dyes because the chromophore in basic dye molecules contains a positive charge. The basic dyes react on the basic side of the isoelectric points. Basic dyes are salts, usually chlorides, in which the dyestuff is the basic or positive radical. Basic dyes are powerful colouring agents.it’s applied to wool, silk, cotton and modified acrylic fibres. Usually acetic acid is added to the dyebath to help the take up of the dye onto the fibre. Basic dyes are also used in the coloration of paper.   advantages:- high tinctorial strength moderate substantively relatively economical wide shade range includes some of the most brilliant synthetic dyes shows good brightness   usage :- basic dyes for ink basic dyes for paper basic dyes for agrochemicals basic dyes for textile(acrylic fibers)