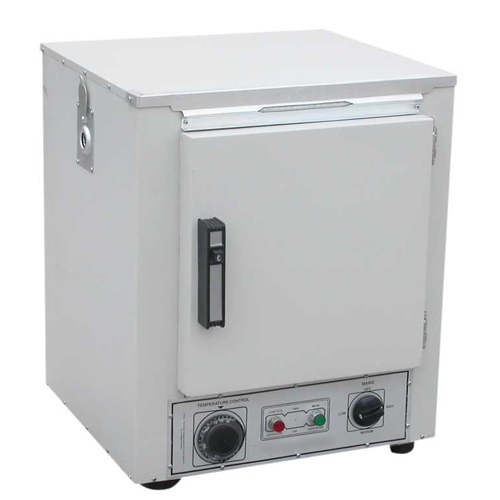 Hot air ovens are electrical devices which use dry heat to sterilize. They were originally developed by pasteur.[1] generally, they can be operated from 50 to 300 °c, using a thermostat to control the temperature. Their double walled insulation keeps the heat in and conserves energy, the inner layer being a poor conductor and outer layer being metallic. There is also an air filled space in between to aid insulation. An air circulating fan helps in uniform distribution of the heat. These are fitted with the adjustable wire mesh plated trays or aluminium trays and may have an onoff rocker switch, as well as indicators and controls for temperature and holding time. The capacities of these ovens vary. Power supply needs vary from country to country, depending on the voltage and frequency (hertz) used. Temperature sensitive tapes or biological indicators using bacterial spores can be used as controls, to test for the efficacy of the device during use.