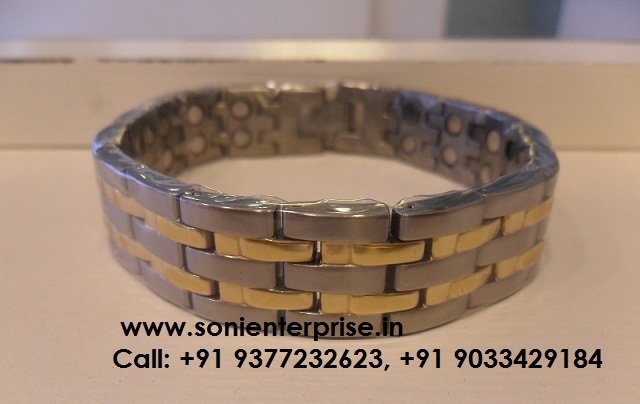 Magnets is a natural way of stimulating your body to combat pain. - Arthritis & rheumatism - Relive Joint and muscle pain - Shoulder pain - Back ache, headache and neck ache - Respiratory Problems: coughs & asthma. - Constipation - Inflammation - Insomnia - Jet lag Stress. - Restore energy - Increase blood circulation and release of oxygen form free radicals - Prevent or reverse infections states and degenerative diseases - Promote metabolic processing of toxins - Carpal syndrome - Naturally increase the production of melatonin and the growth of hormone naturally - Improves immune power - Enhances energy level. - Regulates blood pressure. - Enhances body , brain & mental power - Help all type of chronic & critical disease. - Improves top to bottom blood circulation - Fights against cancer. Magneto therapy is the application of magnets to the body to stimulate the nerves and create a better blood flow to various parts of the body. In turn, this helps the organs and glands to function better. Medicine itself is considered irrelevant as no medicine is orally fed or injected with magneto therapy. It is a clinical system in which the human ailments are treated with magnets of various size and strengths and use both north and south poles together or individually. Magnetized water and juices are also used in conjunction with magnet application. HOW BIOMAGNETIC THERAPY WORKS Iron makes up about 4% of the blood that flows through the body. Since iron is attracted to magnets, when magnetic objects are placed on a specific area of the body this attracts the blood flow to that area. This brings increased oxygen and nutrients to the area and the muscles, since they are also getting increased blow flow, tend to lengthen and become more relaxed. In a typical treatment, small magnets are attached to the acupuncture points of the body by means of adhesive tape. As the magnets polarize they act in a pulsating manner much like that of manipulating acupuncture needles, with the exception that there is no insertion of needles into the body and no pain associated with this therapy. THE CLAIMS OF THE HEALING PROPERTIES Ancient medical practitioners believed that the use of magnets helped to relieve pain and discomfort in the body. They were also found to be helpful in reducing inflammation and swelling and improve the circulation of the blood to the heart. Some claimed that this therapy would prevent viruses and bacteria from entering the body and if they did, the use of the therapy would render them harmless. In restoring the health of damaged cells in the body, it was claimed that biomagnetic therapy would heal the cells by bringing the blood flow to the tissues giving them the nourishment they needed. SCIENTIFIC EXPLANATIONS While scientists do not dispute the effectiveness of biomagnetic therapy, they say that it should not be used as the only form of medical treatment and that it is effective for only some medical conditions. The claims made about the healing properties of magnets for inflammation are correct, but the claims about the polarity of cells in the body are incorrect. Through the research conducted, it has been found that electricity and magnetism, while independent of each other, are connected and can bring about relief to pain in the body.

Packaging Details : As per client request 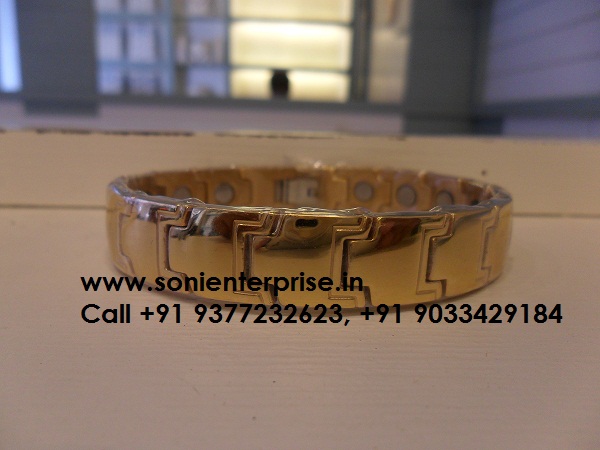 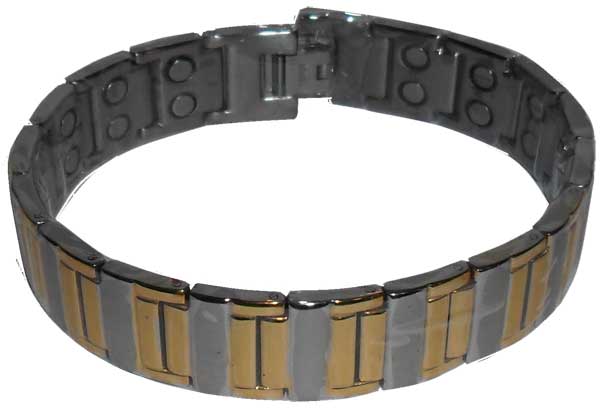 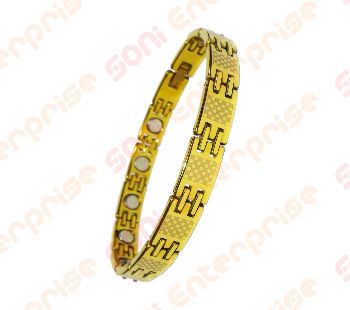 Bio magnetic Bracelet is the application of magnets to the body to stimulate the nerves and create a better blood flow to various parts of the body. its comes with are Earth Neodymium Magnets and Germanium FIR Conductor Balls.Relief from Headache, Backache and Neck ache. Helps recover biological electrical currents in the body. Now a days Magnetic Bracelets are widely used to solve many health diseases. Like diabetes, blood pressure problems, body pain, arthritis, Headache, Backache and Neck ache, Joint and Muscle pain, Coughs & Asthma, shoulder pain, etc. Bio magnetic bracelet made from Tungsten metal and it's Comes with Rare Earth Neodymium Magnets (King Of Magnet) and 5 Germanium balls.Germainum balls give FIR sun rays and keep you away from many types of diseases. 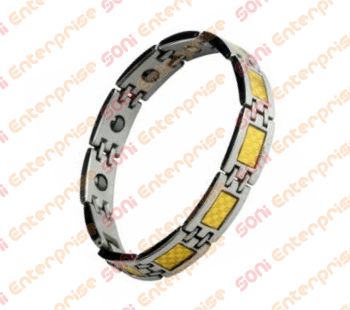 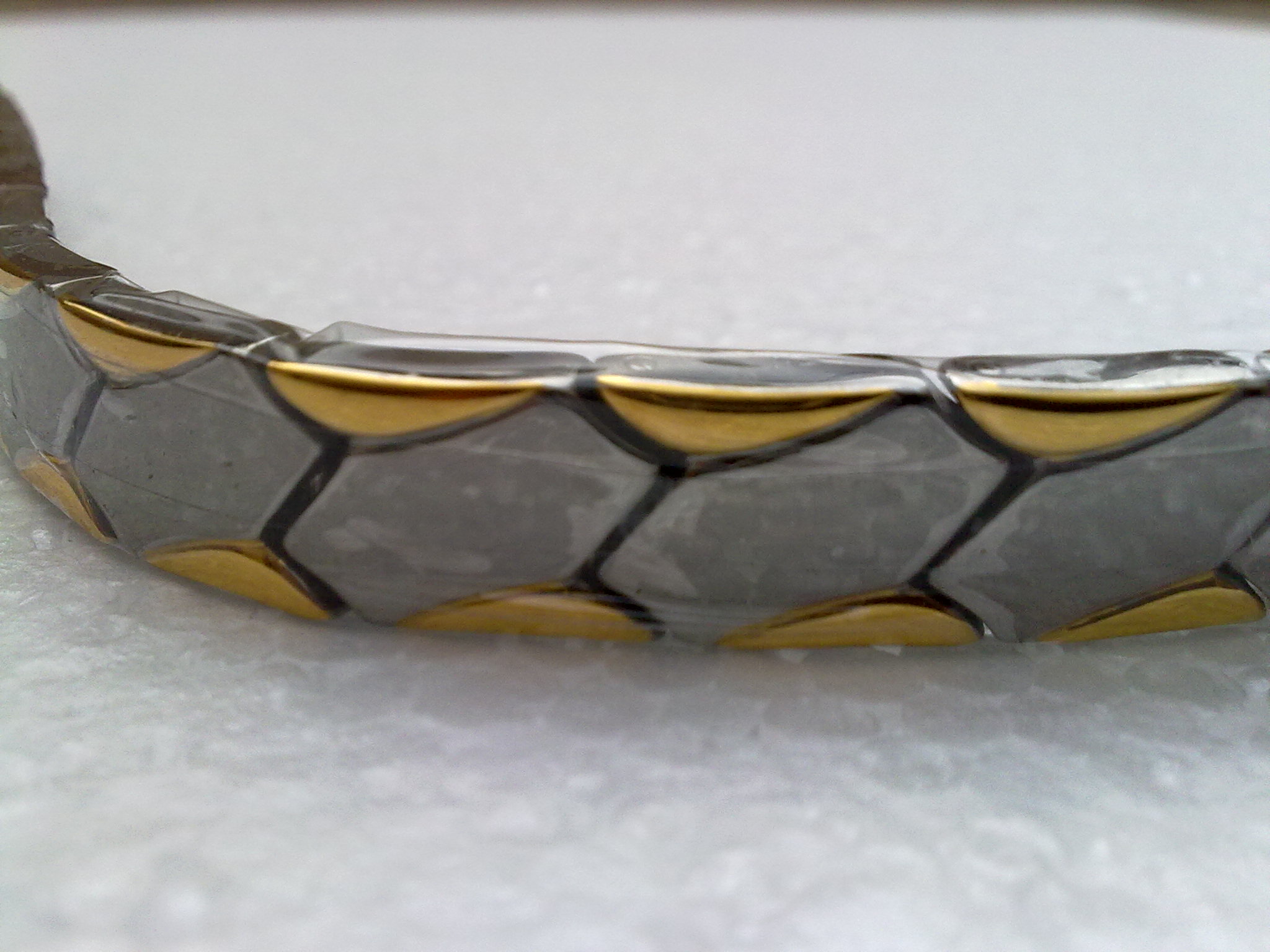 Packaging Details : As per Client Request

Bio magnetic Bracelet is the application of magnets to the body to stimulate the nerves and create a better blood flow to various parts of the body. its comes with are Earth Neodymium Magnets and Germanium FIR Conductor Balls. After wearing bio magnetic bracelet, our blood circulation will improve and also immune power increase. In case of high blood pressure wearing on right wrist or in case of low blood pressure wearing on left wrist.