We offer a complete product range of and Ginkgo Biloba 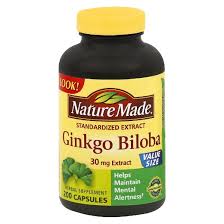 Ginkgo leaves contain two types of chemicals (flavonoids and terpenoids) believed to have potent antioxidant properties. Antioxidants are substances that scavenge free radicals -- compounds in the body that damage cell membranes, tamper with DNA, and even cause cell death. Free radicals occur naturally in the body and grow in number as we age. But environmental toxins (including ultraviolet light, radiation, smoking, and air pollution) can also increase the number of free radicals. Free radicals are believed to contribute to health problems including heart disease and cancer as well as Alzheimer's disease and other forms of dementia. Antioxidants such as those found in ginkgo can help neutralize free radicals and may reduce or even help prevent some of the damage they cause.