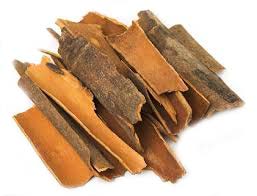 We are one of the trusted manufacturers, exporters, and suppliers who deal in Cinnamon . Cinnamon is used as a flavouring in food and beverage. It is also used in traditional medicines. Cinnamon is a powerful antioxidant. It has anti-inflammatory properties. It also helps to fight bacterial and fungal infection. It is also used in chocolates, candies, tea, coffee and doughnut.