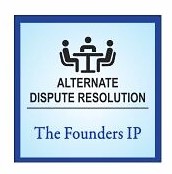 We provide arbitration and mediation services. We also provide ADR facility. Our arbitrators are highly experienced IP Experts who are IP lawyers and Registered patent Agents.

We provide arbitration and mediation services. We also provide ADR facility. Our arbitrators are highly experienced IP Experts who are IP lawyers and Registered patent Agents. Our Attorneys are well versed in International laws and are capable of handling International commercial arbitration.

We provide arbitration services across the globe. We have a team of qualified and experienced arbitrators who can handle any kind of arbitration matters.

Our firm is counted among the leading firms providing Domestic Arbitration Services in India. The process of arbitration in India is based on the UNCITRAL Model Law of International Commercial Arbitration. The governing statute for this is the Indian Arbitration and Conciliation Act that was passed in 1996 based on the Model Law adopted by UN in 1985. While the earlier provisions has three separate enactments in the form of Arbitration Act, 1940, the Foreign Awards (Recognition and Enforcement) Act, 1961 and the Arbitration (Protocol and Convention) Act, 1937, the present act has repealed these ones. We provide Domestic Arbitration Services for clients backed by the prolific experience of a team that is committed to providing the highest satisfaction level to the clients. India Is A Part Of The Following Conventions Geneva Protocol on Arbitration Clauses (1923) Geneva Convention on the Execution of Foreign Arbitral Awards (1927) New York Convention (1958) on the Recognition and Enforcement of Foreign Arbitral Awards No bilateral conventions exist between India and any other country Arbitration Services Provided For Investment disputes Mergers Exports Technology transfer Intellectual Property Construction contracts Joint Venture Contracts International Trading Service Level Agreements Employment Contracts Technology Contracts Franchise and so on