We offer a complete product range of and Micrometer Anvil Checker 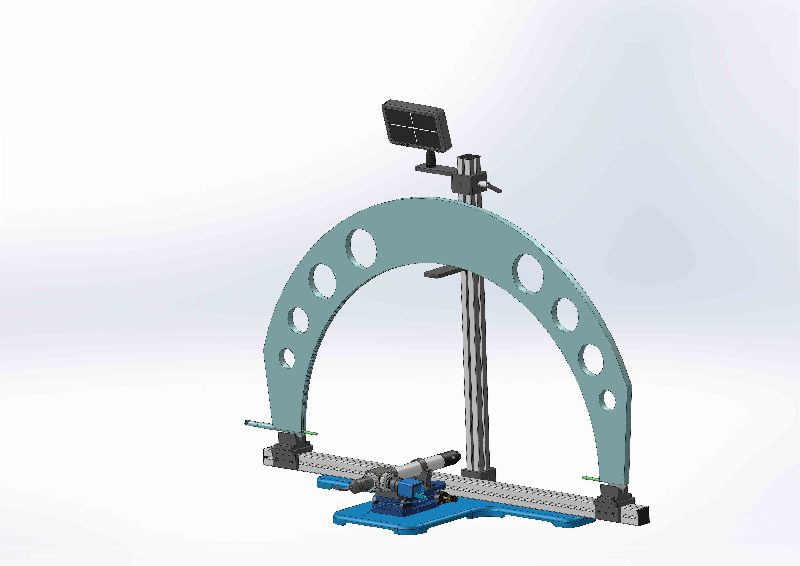 we are the only manufacturer & suppliers of micrometer anvil checke r in india. Measures parallelism (non contact) between the anvil and spindle faces. It employs the use of an autocollimator that could also be used for surface table calibration. A special micrometer anvil checker designed and developed by prisms india replaces the use of many sets of optical parallel or gauge blocksslip gauges to cover a wide range of micrometers. It employs the use of an autocollimator that could also be used for surface table calibration.   principle of working the light from the autocollimator is divided into two parts by reflection at the faces of a 90 deg prism, so that each part is directed towards one of the gauging tips, the polished surface of which acts as a suitable reflector. The angle between the reflecting faces of the prism is precisely 90 degrees, so that the two reflected beams are collinear. The light beam are reflected at the anvil surfaces and re-enter the instrument after a second reflection from the 90 degrees prism. Each beam forms a reflected image of the scale, and if the anvils are parallel these images coincide; otherwise the departure from parallelism is readily measured by reading the separation of the images against the fixed scale. Moreover, the square ness of the face of the micrometer spindle to the axis of rotation can also be checked, by measuring any displacement of the appropriate image as the spindle is rotated.   the prism is placed with the junction of its reflecting faces nominally central with the instrument object glass, and with the faces in line with the micrometer anvils. Displacement or tilt of the prism has no effect upon measurement, but rotation of the prism (so that its edge is inclined to the anvils) will produce a separation of the reflected images at right angles to the micrometer axis. The prism must be adjusted rotationally until this separation is a minimum. Any error in the 90 degrees angle between the reflecting faces is doubled in its effect upon the reflected images, since two reflections occur at each face.   the main advantage of this instrument is that, all sizes of micrometer ranging from 25 mm to 300 mm could be inspected for parallelism, whereas you need to have gauge blocks or optical parallel for every size of micrometer.   the graduated reticule of the instrument (mac-01) reads 1 division = 0.923 microns (say 1 micron) parallelism error of the spindle and the anvil of the micrometer.   another model (mac-02). Is also available with least count of 0.739 microns.   moreover this instrument with micrometer readout could also be used as an autocollimator for straightness, parallelism, squareness, rotary table calibration measurements. mac-01 – 3 arc secsmicrometer div , range 3 meters, 14.5 microns per meter mac-02 – 1 arc secmicrometer div, range 4.5 meters, 4.83 microns per meter.