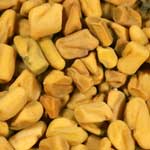 Fenugreek seeds are used as a spice and fenugreek leaves are eaten as vegetable in India, China and the Middle East for centuries. The Ayurvedic and Traditional Chinese Medicines practitioners have used and documented Methi seeds for their medicinal uses. The Organic Fenugreek Seeds are exported in their whole and powdered forms as well as in the form of extracted oil which is extensively used as Herbal supplements, Therapeutic applications, Culinary, Tea, Perfumery and Dye. The major importers of Indian fenugreek are Saudi Arabia, Japan, Malaysia, USA, The UK, Singapore and Sri Lanka. We are counted among the prominent Fenugreek Seed Spice Suppliers in India. 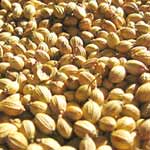 We have carved a niche as one of the prominent Organic Coriander Seeds exporters in India. Coriander is the seed of Coriandrum sativum, a plant in the parsley family. Coriander Seeds are globular and almost round, brown to yellow red, and 1/5 inch in diameter with alternating straight and wavy ridges. Coriander seeds when crushed have a lemony citrus flavor and are nutty, spicy and orange-flavored. Whole Coriander seeds are used for general digestive aid. Coriander seeds in India (Dhania) are mainly used in curries and garam masalas. Dry Coriander seeds are also a key ingredient in the South Indian cuisines for dishes like sambhar and rasam. We have grown into one of the trusted coriander seeds exporters from India .An aromatic annual Eurasian herb (Coriandrum sativum) in the parsley family, having parsley like leaves and umbels of tiny white to pinkish flowers. It is cultivated for its edible fruits, leafy shoots, and roots. Traditional Ethnic Uses Coriander is used in Indian curries, American , and sausages. The fresh young leafy plantlets of this herb are used in salads and various dishes as a flavoring and garnish. Also called Chinese parsley, cilantro. The seed like fruit of this plant, used whole or ground as a flavoring for food and as a seasoning, as in curry powder. Taste and Aroma Coriander has a mild, distinctive taste similar to a blend of lemon and sage. It is a fragrant spice. History/Region of Origin Coriander is probably one of the first spices used by mankind, having been known as early as 5000 BC. Sanskrit writings dating from about 1500 BC also spoke of it. In the Old Testament "manna" is described as "white like Coriander Seed." (Exodus 16:31) The Romans spread it throughout Europe and it was one of the first spices to arrive in America.   Quality Double Parrot Single Parrot Aone Scooter Eagle Badami 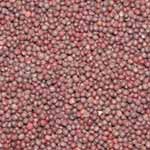 We provide a large assortment of high quality Mustard Seeds that comes from two large shrubs, Brassica juncea (brown mustard) and Brassica hirta (white mustard), native to Asia. Both plants produce bright yellow flowers that contain small round seeds; brown mustard is more pungent than white. We have carved a niche as one of the dominant Yellow Mustard Oil Seeds and Black Mustard Oil Seeds Suppliers in India. 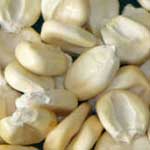 We provide a wide range of highly nutritious Yellow Maize that is grown in pesticides free farm. Our Organic Maize is highly appreciated in the market for freshness, quality and taste. We have carved a niche as one of the distinguished Wholesale Maize Corn and Yellow Corn Suppliers in India. 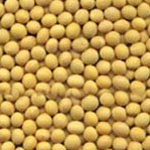 We offer a large range of qualitative Soybean Seeds that is in huge demand in the global market. Our Organic Soybean Seeds are fresh and free from any kind of pesticide, chemicals etc., thus safe to use. We are well reckoned as one of the predominant Whole Soybean Seeds Suppliers based in India. 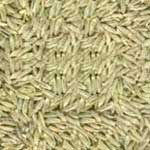 We are well reckoned as one of the supreme White Cumin Seeds Exporters and Organic Cumin Seeds Suppliers in India. Cumin (pronounced "comein") is the pale green seed of Cuminum cyminum, a small herb in the parsley family. The seed is uniformly elliptical and deeply furrowed. Cumin seeds Jeera are the seeds of the caraway family. Two types -- black and white are available. White ones are generally used in curries and other large varieties of food. The black ones known as 'Shah Jeera' is more pungent and mostly used in pulao and biryani. This spice is widely used in most Indian, Pakistani and Bangladesh dishes, also in Middle Eastern, North African preparations, used in Spanish stews and American pies. Traditional Use Cumin is frequently used in Mexican dishes such as chili con carne and hot tamales. One of the most typical Bulgarian meat dishes - kebapche (small sausage shaped burger or a small kebap) uses cumin as the main spice.