Benefits of Importing and Exporting 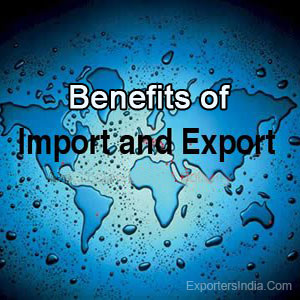 Many of the companies are satisfied by acquiring customers in the domestic marketplace. They find the expansion of the market for their goods in the international marketplace a complicated task. Export and import of goods broadens the scope for more clients and the profit from them. In spite of the various advantageous results of exporting and importing the business enterprises are enlisted as the exporters or the importers. Many facts can lead to the less enthusiasm of companies for the profits from the international customers. Some of them are:

There are many other reasons that dissuade people from landing their goods across the worldwide. But, if we start counting the benefits from exporting and importing, then the obstacles in the way to exporting and importing seem very trivial. When a company gains acclaim in the international market for the quality of its goods and the services, then surely it adds more stars to its domestic acclaim. There are many other benefits of exporting/importing. These benefits are:

If the companies consider the above benefits, then they would not be able to say no to the benefits coming from exporting and importing. If the initial blocks in the route of international venture are removed, then there is a very high probability of companies getting benefited from the international trading.

4 thoughts on "Benefits of Importing and Exporting"