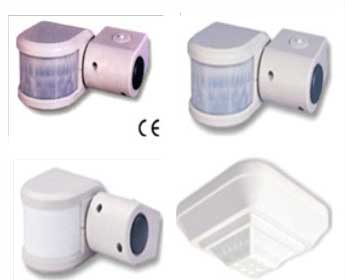 We offer pir sensor switch which can detect the infrared rays released by human body. The light or any other electrical appliance can be activated automatically by the active presence of a human body within the detection range or coverage area. And when there is no presence the light will be deactivated automatically. working principle: - • the pir sensor senses the motion of a human body by the change in surrounding ambient temperature when a human body passes across. • then it turns on the lighting load to which it is connected. • the lighting load will remain on until it senses motion. • once the motion is seized it switches off the lighting load. • during the night, the lux adjustment knob allows you to adjust the luminosity based on which the lighting load will either switch on / off automatically. applications: - • common toilets, for lights & exhaust fans • common staircase / entrance / basements • parking areas / garden lights • living room, malls, atms • changing rooms in shops • offices / conference room • corridors & many more! advantages: - • pir motion sensors will itself recover its cost by reducing your electricity bills and will further save your electricity cost for the future. • very easy installation and can be installed by in – house technician itself. • no separate wiring is required hence no additional installation cost. • no modification is required and complies with current aesthetics. • pay back within ten months according to residential meter and six months according to commercial meter.