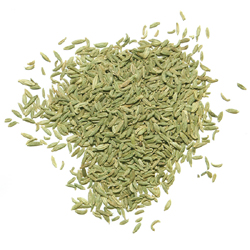 Anemia:  Iron and histidine, an amino acid found in fennel, are both helpful in treatment of anemia. Whereas iron is the chief constituent of hemoglobin, histidine stimulates production of hemoglobin and also helps in the formation of various other components of the blood. Indigestion:  It is a common practice, particularly on the Indian Subcontinent, to chew fennel seeds after meals. This is done to facilitate digestion and to eliminate bad breath. Heart Disease:  Fennel is a great source of fiber, as mentioned above, but besides the advantages to digestion that fiber provides, it also helps to maintain healthy levels of cholesterol in the blood stream. Cancer:  The raw vegetable itself hasn’t been extensively studied in regards to cancer protection, but the fennel seed extract has, and the findings regarding cancer protection are quite impressive. Blood Pressure:  Fennel is a very rich source of potassium, which is an essential nutrient in our bodies and is vital for a number of important processes. One of the attributes of potassium is its quality as a vasodilator, which means that it relaxes the tension of blood vessels, thereby reducing blood pressure. Brain Function:  Potassium, found in high levels in fennel bulbs and seeds, is an electrolyte, which means that it facilitates increased electrical conduction throughout the body. Diarrhea:  Fennel is helpful in curing diarrhea if it is caused by bacterial infection, because some components of the essential oil in fennel such as anetol and cineole have disinfectant and antibacterial properties. Colic:  Polymeric and heavy molecules are useful in the treatment of Renal Colic. Such polymers, also called Phytoestrogens, are found in Anethole, a component of the essential oil in fennel. This attribute of fennel makes it quite helpful in the treatment of Renal Colic. Immune System:  1 cup of fennel bulb contains almost 20% of the daily requirement of vitamin-C, which makes fennel quite a rich source of this beneficial element of our diet. Menstrual Disorders:  Fennel is also an Emenagogue, meaning that it eases and regulates menstruation by properly regulating hormonal action in the body. Breast Enlargement:  The flavonoids present in fennel seeds increase the amount of estrogen thereby acting as a stimulant and tonic. Fennel seeds helps increase the size of the breasts as they increase the formation of new cells and tissues in the breast. Eye Care:  Using fennel in food helps protect the eyes from inflammation, as well as helping to reduce disorders related to premature aging and macular degeneration. Respiratory Disorders:  Fennel is useful in respiratory disorders such congestion, bronchitis, and cough due to the presence of Cineole and Anetol which are expectorant in nature, among their many other virtues. 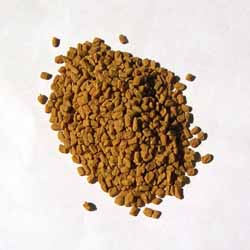 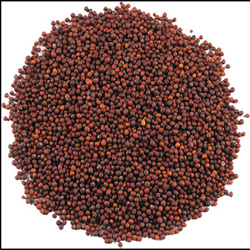 Mustard seeds  are widely used in Indian households and are an integral part of Indian cooking as they impart a very rich taste to food. Various forms of the sees like oil is used for cooking whereas, whole seeds are  used as tadka, powdered seeds are widely used in various dips  and garnishings and mustard oil is widely used for cooking. The underlying reason for using mustard seeds is the huge number of medicinal properties they have:   Protects you from gastrointestinal cancer: Packed with phytonutrients,  mustard seeds are a great way to prevent and slow the progress of  cancers of the gastrointestinal tract. Studies have shown that mustard seeds have properties that can restrict the growth of already present cancer cells and prevent the formation of new cancers. Can help control symptoms of asthma: Mustard seeds are high in selenium and magnesium. Both the components give it a unique anti inflammatory property. Consumed regularly, it is known to control and keep the symptoms of asthma, cold and chest congestion at bay. Can help you lose weight:  The wonder seeds are packed with B-complex vitamins like folates, niacin, thiamine, riboflavin etc. Apart from all the individual merits of these components, they are great in speeding up one’s metabolism leading to weight loss . Can slow ageing: Mustard is a great source of carotenes,  zeaxanthins and lutein (also called flavonoid and caretonoid antioxidants) vitamin A, C and K. All these components put together make it rich in antioxidants which in turn slows the ageing process Relieves rheumatoid, arthritic and muscle pain: The selenium and magnesium content of mustard lend it anti inflammatory and heat producing properties. When applied to the body, the paste heats up the area and helps loosen muscles,  leading to relief from pain. Read about six yoga asanas to beat arthritis.  Tip: To ease pain make a small bundle of the seeds in a muslin cloth, and add it to warm bath water. Either have a long relaxing bath, or soak your tired and aching feet for instant relief. Another great way is to apply the paste of the seed on the area for a few minutes. Lowers cholesterol: Mustard contains high levels of niacin or vitamin B3. Niacin has properties that help lower one’s cholesterol levels and protects the arteries from atherosclerosis (plaque build-up). It also helps to regulate blood flow and protects the body from hypertension. Stimulates hair growth : For centuries mustard oil has been known to stimulate hair growth. It  is known to be packed with vitamins and minerals, but what makes the difference is the high amount of beta carotene it contains. During oil production, beta carotene gets converted to vitamin A,  which is excellent for hair growth. Apart from this, it also contains iron, fatty acids, calcium and magnesium, all of which promote hair growth.    Helps reduce constipation and may relieve symptoms of piles and fissures :  The seeds contain a unique substance called mucilage which is a thick slimy substance that is the key to relieving constipation. Apart from that, it is also high in fibre. In addition, mustard seeds are known to increase the production of saliva, leading to better digestion. Fights skin infections: Packed with sulphur,  mustard seeds are a great way to curb skin infections. Sulphur gives the seed anti fungal and anti bacterial properties that help fight common skin ailments. Improves immunity: Because mustard has a large number of elemental minerals like iron, manganese, copper etc., it helps improve the body’s ability to fight disease. 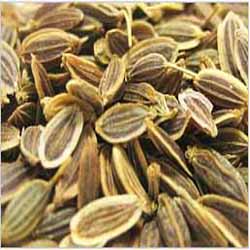 The health benefits of  dill  include its ability to boost digestive health, as well as provide relief from insomnia, hiccups, diarrhea, dysentery, menstrual disorders, respiratory disorders, and cancer. It is also good for oral care, and can be a powerful boost for your immune system and can protect you from bone degradation. It is also an anti-inflammatory substance, which means that it can protect you against arthritis. Furthermore, it can reduce excess gas, and is considered a carminative.   Dill, scientifically known as  Anethum Graveolens ,  has been used for culinary and medicinal purposes for hundreds of years. Both the seeds and the leaves can be used. Apart from giving a strong, tangy, appetizing flavor and taste, dill has many medicinal properties, which mainly come from certain compounds called Monoterpenes, as well as flavonoids, minerals and certain amino acids. Dill can be a perennial or annual herb, depending on where it is cultivated in the world. This herb is used in almost every continent on the planet in some capacity, and although it is called many different things, it serves similar purposes in much of the world cuisine. It can be used dry as a topping for a number of meals, but it is also used as an ingredient in many meals. For those herbalists that want to grow their own dill, it is important to cultivate this herb in warm to hot summers, with plenty of sunshine. Nutritional Value of Dill The health benefits of dill are derived from its organic compounds, vitamins, and minerals. These include powerful monoterpenes like limonene, carvone, and anethofuran, as well as flavonoids like vicenin and kaempferol. As for vitamins and minerals, dill has a significant amount of vitamin A and vitamin C, as well as trace amounts of folate, iron, and manganese.