Bay leaves were used for flavoring by the ancient Greeks. They are a fixture in the cooking of many European cuisines (particularly those of the Mediterranean), as well as in the Americas. They are used in soups, stews, meat, seafood, vegetable dishes, and sauces. The leaves also flavor many classic French dishes. The leaves are most often used whole (sometimes in a bouquet garni) and removed before serving (they can be abrasive in the digestive tract). Thai cuisine employs bay leaf (Thai name bai kra wan) in a few Arab-influenced dishes, notably massaman curry. In Indian and Pakistani cuisine, bay laurel leaves are sometimes used in place of Indian bay leaf, although they have a different flavor. They are most often used in rice dishes like biryani and as an ingredient in garam masala. Bay (laurel) leaves are frequently packaged as tejpatta (the Hindi term for Indian bay leaf), creating confusion between the two herbs.

Dried Amla, or Amla whole, is obtained by drying fresh amla fruits. During the drying process, water (the main ingredient), is mostly eliminated. Thus leaving the nutritions behind which includes the presence of chromium. Chromium has therapeutic value in diabetes. Amla is used world-wide. It has medicinal purposes and is used for various ailments such as fever, liver disorder, indigestion, anemia, heart complaints and urinary problems.

Backed by rich industry experience, we are engaged in offering superior grade Fried Onion Flakes. Tremendously good in nutritional value, this onion is processed using latest techniques under the most hygienic conditions. Further, we make sure that the entire quality is meticulously tested to make sure flawlessness. Extensively used for preparing numerous types of dishes, our provided onion is the preferred choice of clients. We offer our onion in different packaging option in order to increase its shelf life. Features: •Rich nutritional content •Long shelf life  •Freshness

Sun Dried Oregano - BEST Quality, Authentic (no fillers) and Fresh. This is a very very premium, fresh quality product at a very good price! Just take a pinch and smell it - I don't need to tell you more. 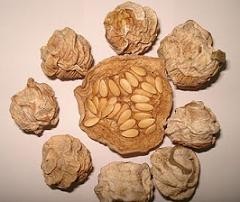 Kachri is a wild variety of cucumbers. Fresh kachri resembles a brown yellow small melon, which grows wildly in the desert areas and is seldom cultivated as a crop. Dried kachri powder, when used in cooking, adds a tangy taste. Since fresh kachri is rarely available outside Rajasthan, the use of kachri powder is popular. It is the real earth food … growing wild, and becoming a protein rich vegetable for people living in the harsh arid areas of Western India, where it is hard to grow conventional vegetables. Kachri powder is used extensively in Rajasthani cuisine. 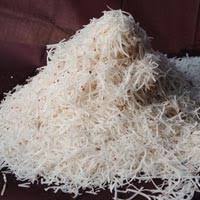 Coconut Flakes are packed full of flavor and make a healthy snack. Due to the size of these flakes, they are lovely when used to decorate cakes and pies. Use them in granola, trail mixes, or just to munch on. They're unsweetened and sulfur free.