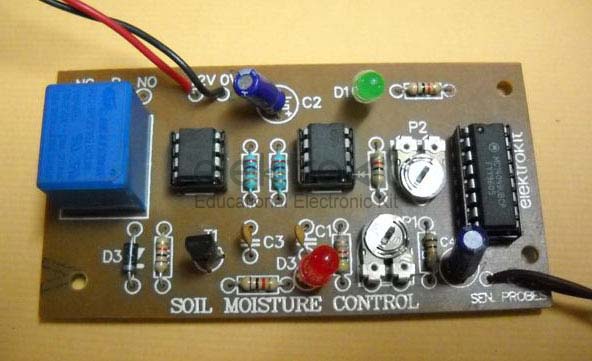 Soil Moisture Sensor is used to control the soil moisture, content for plants. The circuit of soil moisture control unit described here helps the people to look after their garden in their absence. When the soil is dry, this electronic circuit automatically switches on a pump motor and waters the plants. Thus, plants are protected from getting dry. Conducting rods are inserted into the soil. The electrical conductivity of the soil is directly proportional to the water present in it. This phenomenon makes this unit to switch on or off automatically according to the moisture content in it. 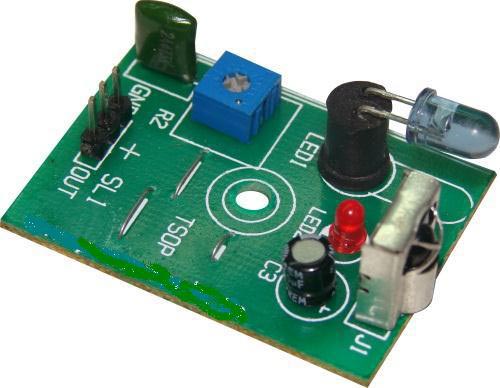 Proximity Sensor is ideal for detecting the obstacle in robot surrounding by means of no-contact proximity detection.Proximity Sensor is used to detect objects and obstacles in front of sensor. Sensor keeps transmitting modulated infrared light and when any object comes near, it is detected by the TSOP sensor by monitoring the reflected light from the object. 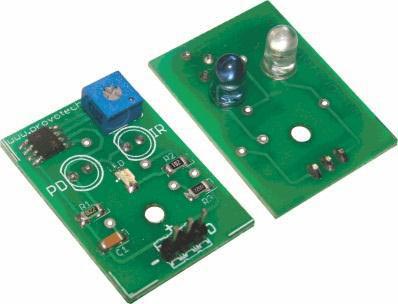 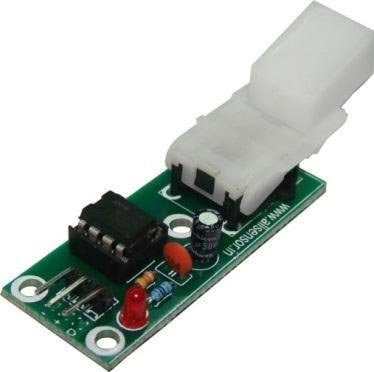 Bump Sensor is used as a robust limit switch for detection. Bump Sensor has a high digital output (Active high). It has a simple 3 PIN header interface which make it more compaq and easily mountable. Devices Electrotechnica/ Elektrokit is engaged in manufacturing and supplying such Bump Sensor. The entire range of Bump Sensor is appreciated and demanded for its smooth working, excellent efficiency, and durability. 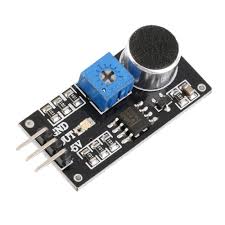 Devices Electrotechnica/ Elektrokit is engaged in manufacturing and supplying of educational electronic kits in India since last 20 years. Sound Sensor is used as a high sensitivity condenser microphone for sensing. Sound Sensor has a digital high output (active high). Since it has a compact design, it can be easily mountable. The output for Sound Sensor has a high duration and can be adjusted up to 3 seconds.