We offer a complete product range of Banana, Pineapple, Papaya and JAMUN 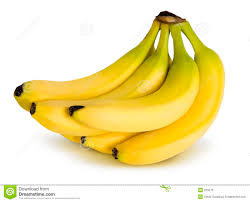 Jamun tree is an evergreen tropical tree which belongs to the flowering plant family of Myrtaceae. It is native to India, Pakistan and Indonesia. It is also widely cultivated in southern and southeastern Asia including the Philippines, Myanmar, and Afghanistan. The tree is large and has loads of branches. An average tree grows to a height of about 30 meters. The bark of the tree is brown or greyish, extremely smooth and is about 2.5 cm thick. Leaves are elliptic oblong or broadly ovate, and are extremely shiny. These trees grow really fast and can reach upto a height of 30m, and can live for more than 100 years. They provide a lot of shade and are often grown for their ornamental value. Jamun trees can often be spotted on the road sides as they give a lot of shade, which provides the people some respite from the scorching sun. The wood obtained from the jamun tree is extremely strong and is used in the fabrication of train sleepers. A Jamun trees flowers from March to April. The flowers are fragrant and small, about 5 mm in diameter. The fruits develop by May or June and are very much like large berries in appearance. The fruit is oblong, ovoid, and green in the initial days, but turns to a crimson black as it matures. The fruit has a sweet, mildly sour and astringent flavour and lends a purple tinge to the tongue when eaten.   Common Names Eugenia Jambolana Plum Black Plum Jaman Jambolan Jambol Java Plum Indian Blackberry Jamun Faux Pistachier, etc.   Varieties of Jamun The most commonly found variety of jamun fruit is often oblong and has a deep purple to bluish colour. The pulp of the fruit is grey to pink in colour, and has a seed in the centre. The other variety which one can find is a seedless variety ranging in colour from purple to white. Nutritive Value 70% of the jamun fruit is edible and glucose and furctose are the major sugars found in the ripe fruit. Sucrose is completely absent from the fruit. The fruit is laden with a large number of minerals, and provides fewer calories, as compared to other fruits. The seed of the fruit is also rich in protein and carbohydrates and traces of calcium have also been found.   Uses of Jamun Jamun is a rich source of vitamin A and vitamin C. It is often used in the following: Fresh fruits are tasty to eat and also if taken with salt Jamun is processed to form a distinct flavour of jams, jellies, preserve and squash Ripe jamun fruit is fermented to fabricate excellent quality Juice of the raw fruit is used to fabricate vinegar The fruit also possesses antibiotic properties and is used to formulate medicines to treat a number of ailments. Health Benefits Jamun is a healthy fruit with absolutely no trace of sucrose. It is therefore, the only fruit with minimum calories. Not only the fruit, but the seed and also the leaves and bark of the jamun tree are believed to have medicinal properties. Many scientific researches have shown that dried alcoholic extracts of the seeds of the fruit given to diabetic patients on a regular basis showed a reduction in the level of their blood sugar and glycosuria. Also a concoction made from the mixture of dried seeds and the bark is considered beneficial in the cure of diarrhoea and dysentery. The bark of the tree has high astringent properties and is therefore used for gargles and as a mouthwash. The acidic, sour, sweet, and soothing fruit is used to treat diabetes, diarrhoea and ringworm. The fruit also has blood purifying properties. The leaves of the jamun tree possess anti-bacterial properties and is used for making medicines for the strengthening of the teeth and gums. The bark of the tree has antithelmintic properties, and is used to formulate many herbal medicines. The juice of the jamun fruit is extremely soothing and has a colling effect. It helps in the proper functioning of the digestive system. The leaves of the tree also help in controlling the blood pressure and gingivitis.