Jatamansi  is a famous Ayurvedic herb used in neuro-psychiatric diseases and skin diseases. It is called as spikenard in English. Jatamansi is well-know in traditional Indian medicine. It is supposedly useful in diseases of eye, blood and livers, is used as a remedy for hysteria, hypochondriasis, nervous unrest and emotional stress. Also useful in clearing voice and acts as stimulant in advance stage of fever and nervous disorder. Jatamansi acts as a natural nervine tonic and a memory booster. It exerts calming and relaxation effects. In Ayurveda, it is commonly prescribed to relieve stress, spasm, convulsions, epilepsy, and hysteria. 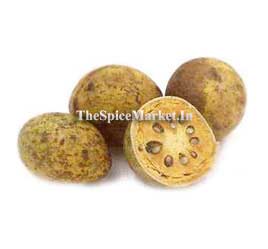 Aegle marmelos, commonly known as bael (or bili or bhel), also Bengal quince, golden apple, Japanese bitter orange, stone apple, or wood apple, is a species of tree native to Bangladesh, India and Pakistan. It is present throughout Southeast Asia as a naturalized species. The tree is considered to be sacred by Hindus. Its fruits are used in traditional medicine and as a food throughout its range. The fruits can be eaten either freshly from trees or after being dried. The shell is so hard it must be cracked with a hammer or machete. The fibrous yellow pulp is very aromatic. It has been described as tasting of marmalade and smelling of roses. Boning (2006) indicates that the flavor is "sweet, aromatic and pleasant, although tangy and slightly astringent in some varieties. It resembles a marmalade made, in part, with citrus and, in part, with tamarind. Numerous hairy seeds are encapsulated in a slimy mucilage. Besides medicinal use, the plant and its leaves and fruit are of religious importance. For instance, in Hinduism, the leaves of the plant are being offered to Gods as part of prayers. Bilva Health Benefits: Bel fruit contains protein, phosphorus, Vitamin C and B complex and tannin. It helps to improve the eyesight and increase concentration power. It strengthens the heart and mind. It cures acidity, increases body resistance and improve the memory. It is recommended for young and infirm alike as it quickens the reflexes and makes one alert. 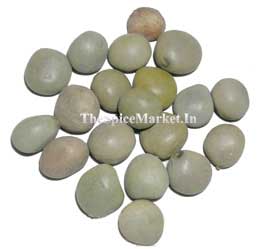 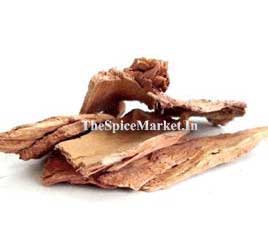 Terminalia arjuna is a tree of the genus Terminalia. It is commonly known as arjuna or arjun tree in English, thella maddi in Telugu, kumbuk in Sinhala, marudha maram in Tamil and neer maruthu in Malayalam.   Maruthampattai helps to maintain heart health & helps to maintain  healthy blood pressure . It is also to reduce the effects of stress & nervousness on the heart also enhances overall energy levels, stamina, immunity, and cellular health. Helps to regain the  strength of bones , It helps to maintain  healthy cholesterol level