We offer the best product range of and Kabab Chini (Cubeb-Tailed Pepper). 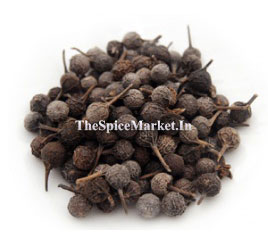 Cubeb or tailed pepper  is a plant cultivated for its essential oil and fruit with strong fragrance. Kabab Chini is also called as Java pepper because use it is mostly grown in Java and Sumatra. Cubebs are of carefully dried berries, which are similar to black pepper in appearance, but with stalks attached the "tails" in  "tailed pepper”  . Kabab Chini is a culinary spice. The odor of tail pepper is agreeable and aromatic. The taste is pungent, slightly bitter, acrid and persistent.  Tail Pepper  is used as a flavoring agent for gins and in the West, and as a seasoning for food in Indonesia and mainly used as medicinal use in south Asia. The Book of One Thousand and One Nights, compiled in the 9th century, mentions cubeb as a remedy for infertility, showing it was already used by Arabs for medicinal purposes. Cubeb was introduced to Arabic cuisine around the 10th century. Health Benefits Of Cubeb/Tailed Pepper or Kabab Chini: Tail Pepper  are used in Indian Ayurvedic medicine, Chinese medicine, Tibetan medicine. Tailed pepper internally for oral and dental diseases. Kabab Chini  is used in treatments for halitosis, loss of voice, fevers, cough. Kabab Chini  is used in treatment for spleen. The paste of cubebs as a mouthwash. Unani physicians use a paste of the cubeb berries externally on male and female genitals to intensify sexual pleasure during coitus.